Discover the world of the Jaeger-leCoultre watches online.

Jaeger-LeCoultre can look back on a long and fascinating history. The watchmaking company has truly earned the title of Manufactory as it has produced several hundreds of movements since its foundation in 1833. With a passion for timekeeping and an unyielding drive for innovation, the company from the Vallée de Joux shines today at the head of the Swiss watchmaking industry. 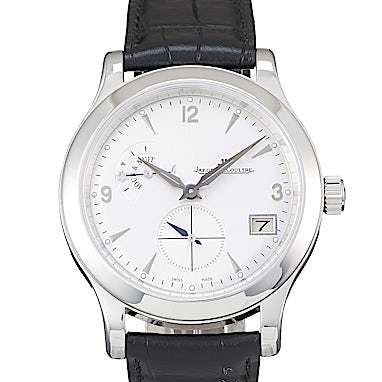 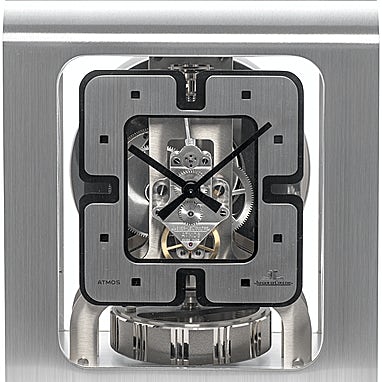 The manufacturer from the Vallée de Joux

The renowned Swiss Vallée de Joux is known around the globe for the excellent watches produced in the region. A large part of that recognition can be attributed to Jaeger-LeCoultre. The founder of the company, Antoine LeCoultre, opened up his first workshop in the Vallée de Joux in 1833.

The talented watchmaker loved his profession and placed a particular emphasis on the quality of his movements – a characteristic element of Jaeger-LeCoultre that stands strong to this day. The watchmaker has made great progress with precise measurements. In 1844, he invented the Mollionmeter – the first measuring device that allowed for measurements up to a thousandth of a millimetre. In 1847, he once again demonstrated his pioneering spirit when he invented the keyless watch. The revolutionary system allowed for watches to be wound without a key. Instead, a pushbutton was used to activate a lever that changed over from one function to the other. Prior to this invention, a separate key was used to wind watches. Today, however, the invention of LeCoultre can be found in almost all mechanical watches. During the first 1851 world Exhibition in London, Jaeger-LeCoultre was awarded a gold medal for his numerous inventions.

In 1866, Antoine LeCoultre and his son Ellie decided to open up the first Manufacture in the Joux Valley and became one of the main suppliers of Swiss watch manufacturers – they were named LeCoultre & Cie. Together, they continued to create calibres with complications that were incomparable in terms of their accuracy and dependability. Regardless of difficulty, LeCoultre & Cie developed everything from chronographs, alarms, calendars, and tourbillon mechanisms.

The founding of Jaeger-LeCoultre

A fusion of superlatives

Edmond Jaeger was a talented and ambitious watchmaker from Alsace, who settled in Paris in 1880. He created a name for himself in the watchmaking industry as a producer of refined movements and instruments utilised for measuring speed, such as a chronograph or tachymeter.

In 1903, Jaeger met the grandson of the founder of LeCoultre & Cie, Jacques-David LeCoultre, and thus began the start of a decade-long friendship and cooperation. Following a series of successful collaborations, Jaeger and LeCoultre joined heads to become Jaeger-LeCoultre. The two watchmakers lead the company to international success. Before long, they were established as reliable suppliers for jewellers and watch manufacturers.

The collaboration of two impressive watchmakers has lead to an outstanding list of sophisticated creations. Jaeger-LeCoultre is responsible for the creation of the “Duoplan” – a timepiece whose parts are arranged on split-levels allowing for the reliability and precision of extremely small timepieces. In 1929, the company introduced the world’s smallest mechanical movement named the Calibre 101. It consists of 98 parts and has dimensions of 14 x 4.8 x 3.4 millimetres. The movement weighs less than a gramme. Under the independent guidance of Jaeger-LeCoultre, the house launched the “Reverso” – one of the most famous models among the company collection and one of the most iconic timepieces in fine watchmaking. 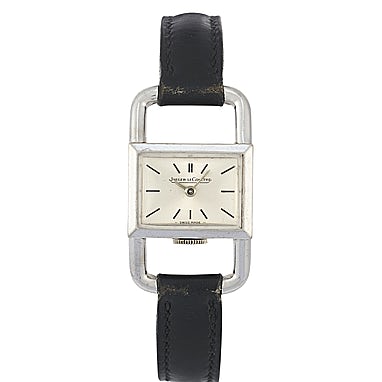 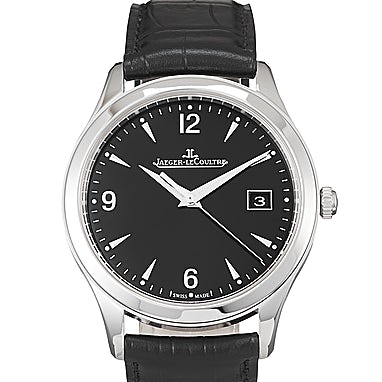 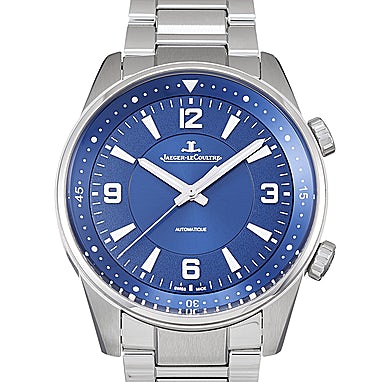 A classic in watchmaking history

The Jaeger-LeCoultre Reverso was launched in 1931. The watch was developed with the thought of unfortunate broken watch glass in mind. The clever dual faced design was a creation of the engineer René-Alfred Chauvet. The rectangular case of the watch holds a swivel system, which allows the face of the watch to be turned down. Specially designed for British officers playing polo in India in 1931, the watch provided a mechanism that enabled the watch glass to survive the hard knocks and shocks experienced during a polo game.

The Jaeger-LeCoultre Reverso enjoys great popularity among worldwide watch enthusiasts to date. It has significantly contributed to the international success of Jaeger-LeCoultre and is currently manufactured in many versions that reflect the stylish design language of Art Deco times. Apart from the Reverso Classique, there are numerous other variations of the model available today. The Reverso Grande Taille is housed in a larger casing while the Reverso Duoface comes equipped with a dual faced design and dual time zone function. An automatic movement evidently powers the Reverso Grande Automatique and the Reverso Grande Complication à triptychs is an especially distinct model since it features all 19 complications of a watch. The Grand Prix d'Horlogerie de Genève won the Special Jury Prize in 2006.

In 1956, Jaeger-LeCoultre presented the Memovox at the Basel watch fair. The watch features a surprising yet handy feature: an alarm clock. Individuals quickly discovered the advantages of the Memovox and within a short period of time, the model gained cult-status. Initially, the Memovox was equipped with a mechanical movement. In 1956, the watch was fitted with the Calibre 815 automatic movement.

Another world famous model presented by Jaeger-LeCoultre is the 1953 Futurematic. It was the first completely automatic watch without a winding crown. Jaeger-LeCoultre impressed once again with technical finesse.

The breath of time: the Atmos table clock

Jaeger-LeCoultre is not only known for their watches, but also for their magnificent Atmos table clock. The Atmos extracts its energy from the slightest variations in the temperate and pressure in its surrounding environment. The power source of the clock is an internal hermetically sealed capsule that contains a special gas mixture that expands when the temperature rises. The gas expands into an expansion chamber and compresses a spiral spring. When the temperature drops, the gas condenses and the spring relaxes. This motion winds the mainspring and powers the clock. The engineer of the clock was Jean-Léon Reutter who patented the mechanism as early as 1929. Jaeger-LeCoultre has presented this timepiece as part of its collection since 1945.

The Atmos is one of the most popular creations of Jaeger-LeCoultre. To date, over 5000, 000 Atmos clocks have been manufactured. Among these clocks include the Atmos 3000 that displays the moon phase, and the Atmos Joaillerie – a particularly elegant model with housing comprised entirely of glass. 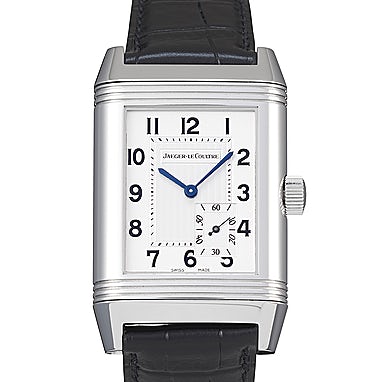 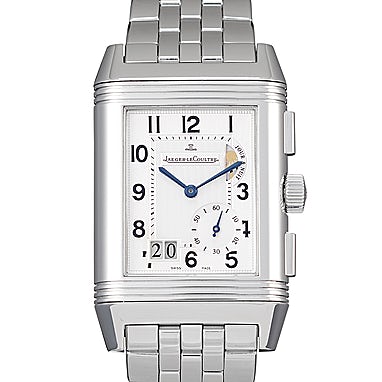 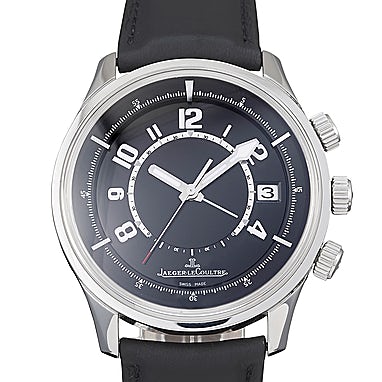 Passionate actors, talented directors, and inexhaustible creativity: the art of film highly corresponds to the philosophy of Jaeger-LeCoultre. The company has been the official partner of the Venice International Film festival for years. The individual bestowed with the "Jaeger-LeCoultre Glory to the Filmmaker Award" – and award dedicated to individuals who have made a significant impact to contemporary cinema – is presented with a luxurious Jaeger-LeCoultre timepiece.

Beyond the Venice International Film Festival, Jaeger-LeCoultre has been actively engaged in cinema and has supported numerous projects around the world. The love is mutual as many actors and actresses opt for a timepiece from Jaeger-LeCoultre. Mad Men’s Don Draper sports a Jaeger-LeCoultre Reverso on his wrist and Robert Downey Jr., who plays Tony Stark in “Ironman”, has contributed to promotional events for Jaeger-LeCoultre, including the introduction of Amvox 3.