What are the top 5 military watches for the modern gentleman?

scroll
Home Journal What are the top 5 military watches for the modern gentleman?

Military watches are extremely popular: Designed for use in harsh environments, they must be particularly reliable and easy to read. But this is not the only reason that military timepieces are sought after, as genuine timepieces, they radiate a great deal of authenticity. Military watches are also special, far from the tool-watch character and excellent for everyday wear. It is certain that the necessity of military warfare in the nineteenth century could have carried the habit of wearing watches on the wrist. Read on to learn more about the impressive history and top five models of military watches.

From the Pocket Watch to the Military Wristwatch

It wasn’t until the end of the 19th century that wristwatches were gradually able to get through to the classic pocket watches. At the beginning, wristwatches were merely reserved for the female sex as a fashionable accessory. However, when more military clashes were waged in the world, it was around 1880 that the pocket watches were fastened to the wrist with a leather strap. The soldiers realised how convenient it is to be able to read the time on the wrist, thus simplifying the survival of the war. In the early 20th century, the Swiss manufacturer Girard-Perregaux sent a team of watchmakers to Berlin to equip the German air force with watches for the wrist, and in other places they started doing everything possible to build wristwatches.

Nevertheless, the first World War had the greatest influence on the breakthrough of the wristwatches. These were the defining 1910s, in which no pocket watch was simply fastened to the wrist with a leather band: in the interest of successful warfare, everything was done to produce wristwatches suitable for use. The dials, among other things, provided the best possible readability, which is why they were designed with luminous mass - at that time still with radioactive radium. Resistant watch glasses have also been used. In the last years of the first World War the watches were also sealed against dust and water. This era was undoubtedly the largest influence to the appearance and functionality of military watches as we know them today. 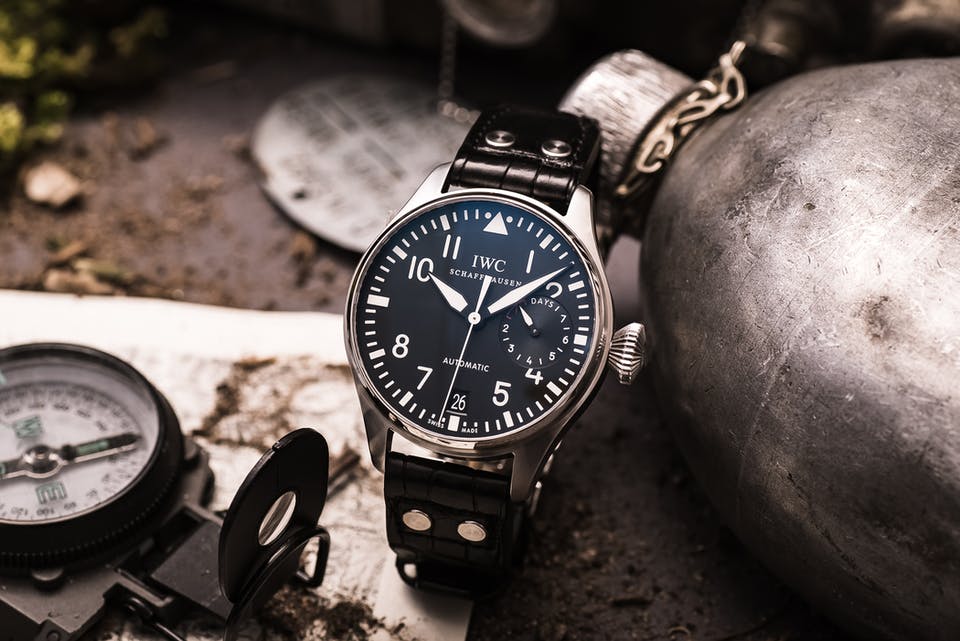 Although the Rolex Submariner Date was conceived as a diving watch, it meets all requirements for a military watch.  It is therefore not surprising that Rolex introduced a slightly modified military variant of the Submariner - “MilSub” - in the 1970s. This rare version was produced in a small series exclusively for the Royal Navy and was not for sale. The extraordinary robustness of the Rolex Submariner is today as it was then - unchallenged. The current Rolex Submariner Date is waterproof up to 300 meters and can be read better than ever thanks to the Maxi Dial and the wide pointer set. 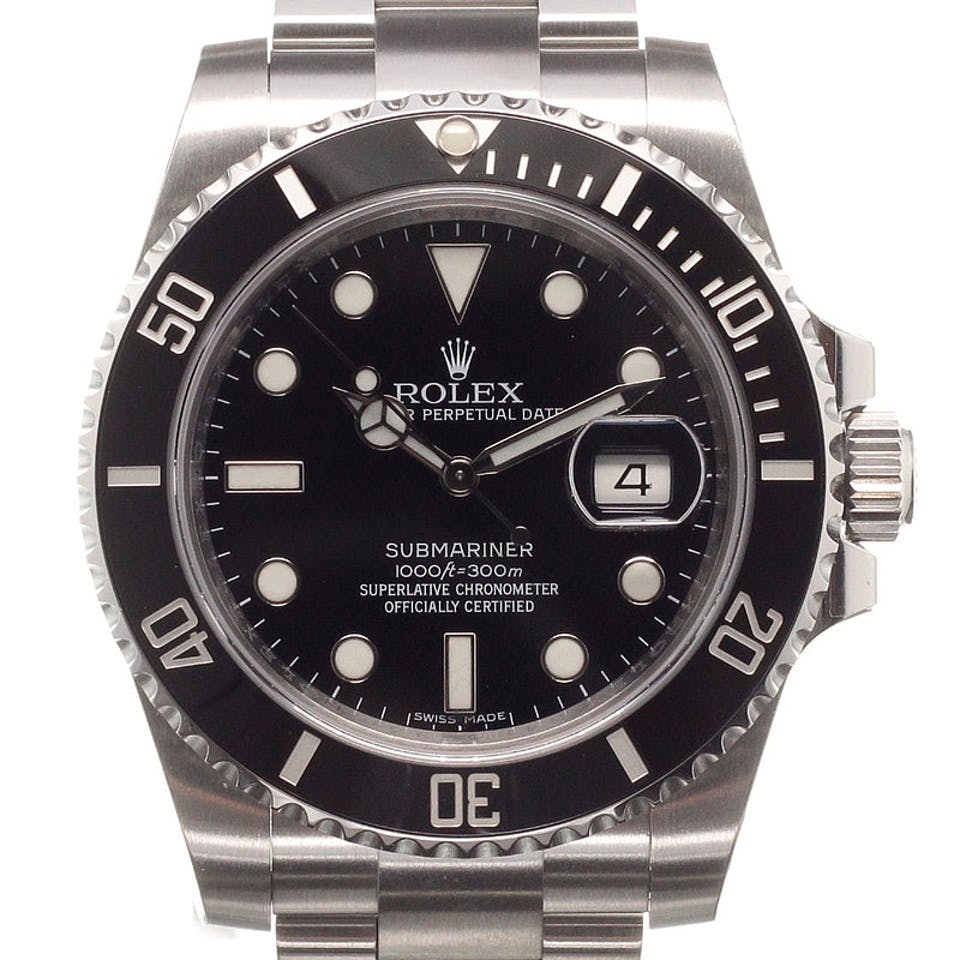 The TAG Heuer Aquaracer Caliber 5 meets professional requirements. The watch, with the robust ETA 2824-2-based Caliber 5 movement, is characterized by its distinctive military appearance with the khaki color of the dial and bezel. The 43 millimeter titanium housing has a black PVD coating, giving the watch an urban look. Thanks to the water resistance of 30 bar (300 meters), the watch not only has a great depth of dive, but is also resistant against dust and dirt. Another highlight is the bracelet: The TAG Heuer Aquaracer has donated a color-matching khaki textile. 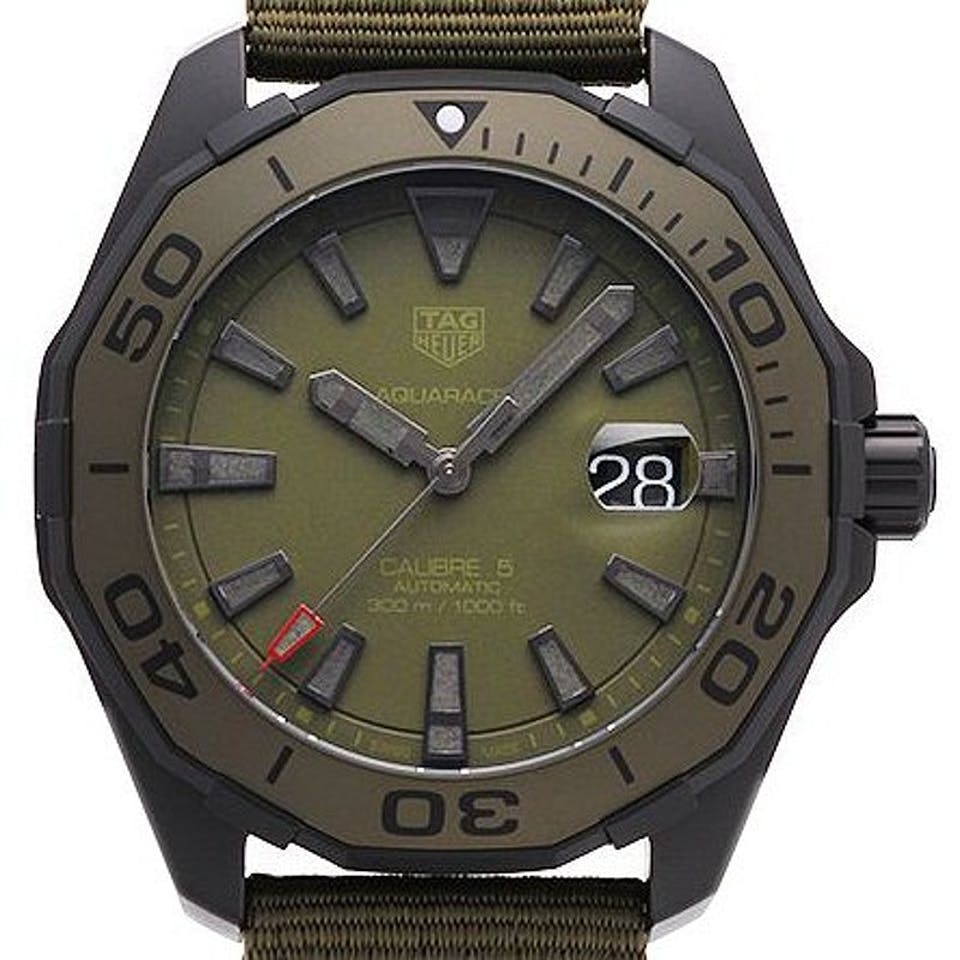 Breitling has always concentrated on the production of technically advanced and resistant timepieces. A good example is the model Avenger II Seawolf: The professional diving watch is waterproof up to 3000 meters and promises the best possible performance in all situations, including its uncompromising readability, which is ensured by the wide hands and the dial design. The Avenger II Seawolf has the typical features of Breitling - including the bezel with  four riders and the winged Breitling logo - and captivates with a powerful, masculine look that is achieved through striking typography. 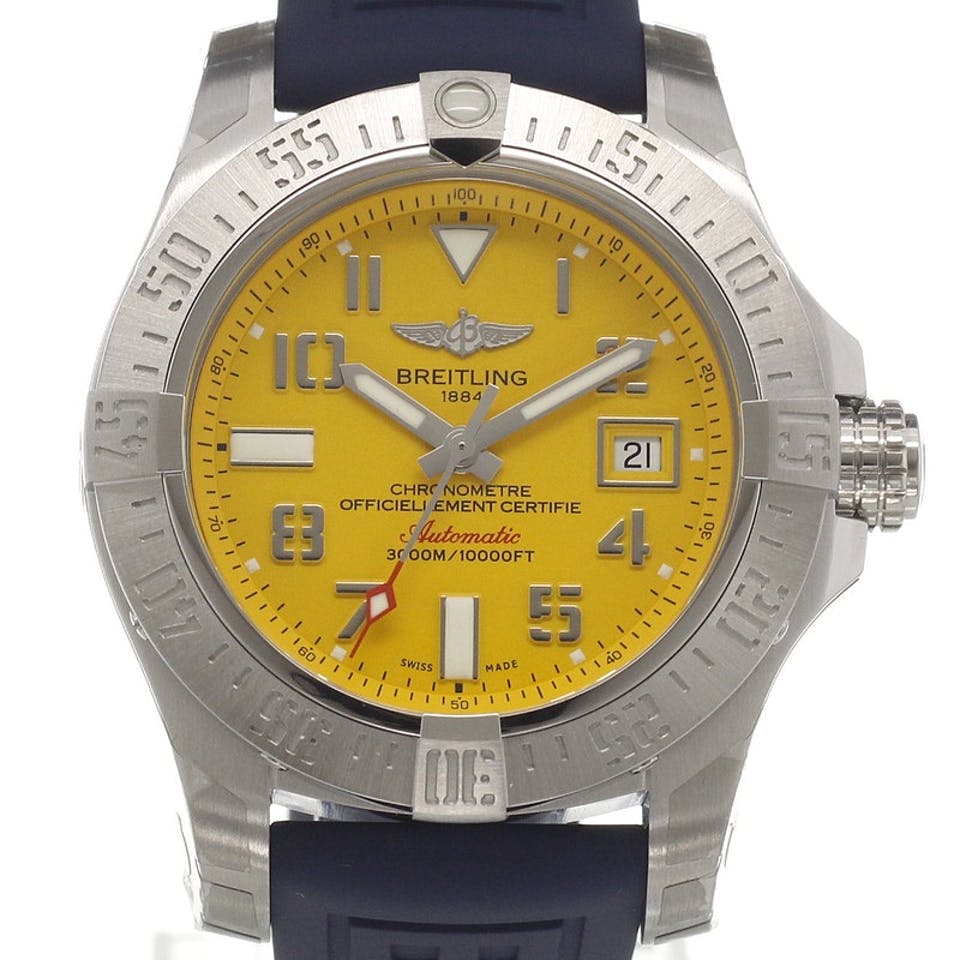 A year after the launch of the Avenger II series, Breitling launched the Avenger Blackbird in 2014. The watch’s distinctive design is completely black in look, especially the titanium case with a matt black carbon coating. The black dial has an appealing grain and despite its dark appearance, the Avenger Blackbird fully complies with the Breitling motto “Instruments for Professionals”. The watch is not only extremely robust and precise, but also provides the best possible light intensity on pointers and indices. 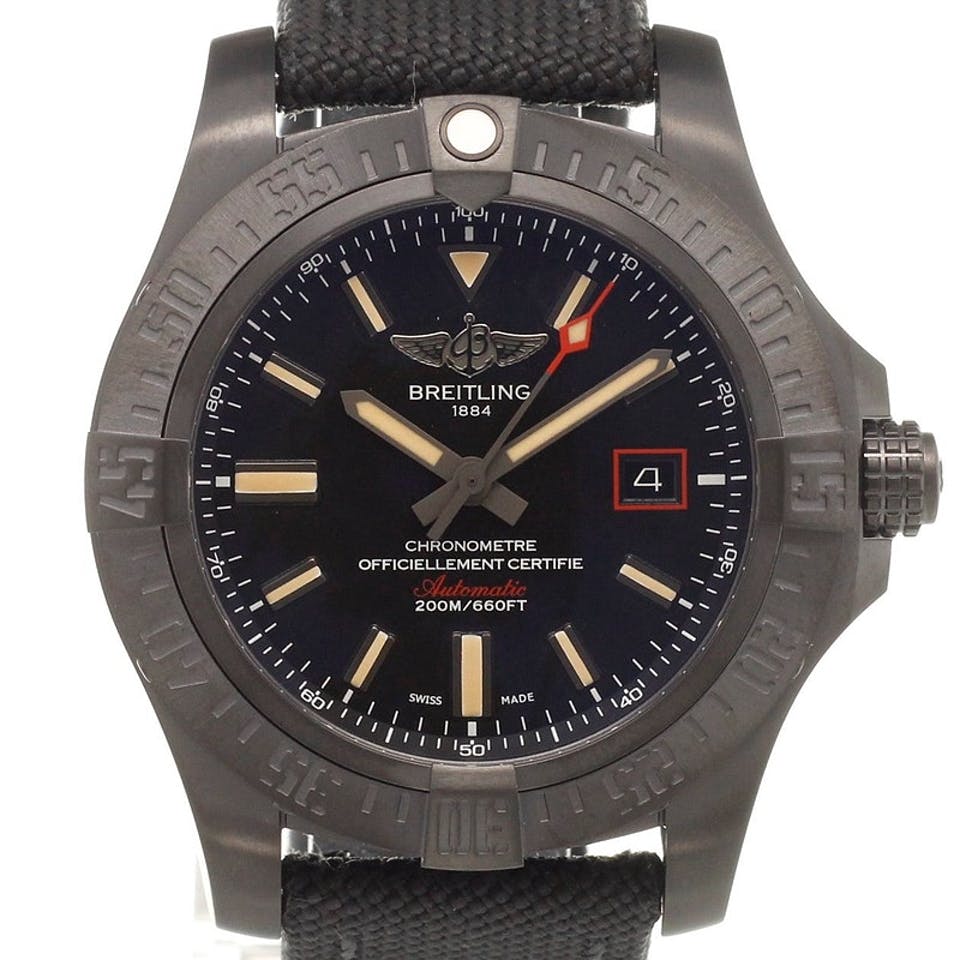 Only a few people are aware of the fact that Breitling was the manufacturer, which  developed the usual chronograph complication with two pushers in the 1920s and 1930s. For this reason, the Breitling Super Avenger II is an excellent choice when looking for a military chronograph with a trademark history. The diameter of the Super Avenger II is an impressive 48 millimeters with a height of 15.75 millimeters. The watch is an automatic chronograph, which is waterproof up to 300 meters and designed for professional use, with additional screwed-on presser reinforcements. Through the Super Avenger II, the Swiss company remains faithful to its credo. 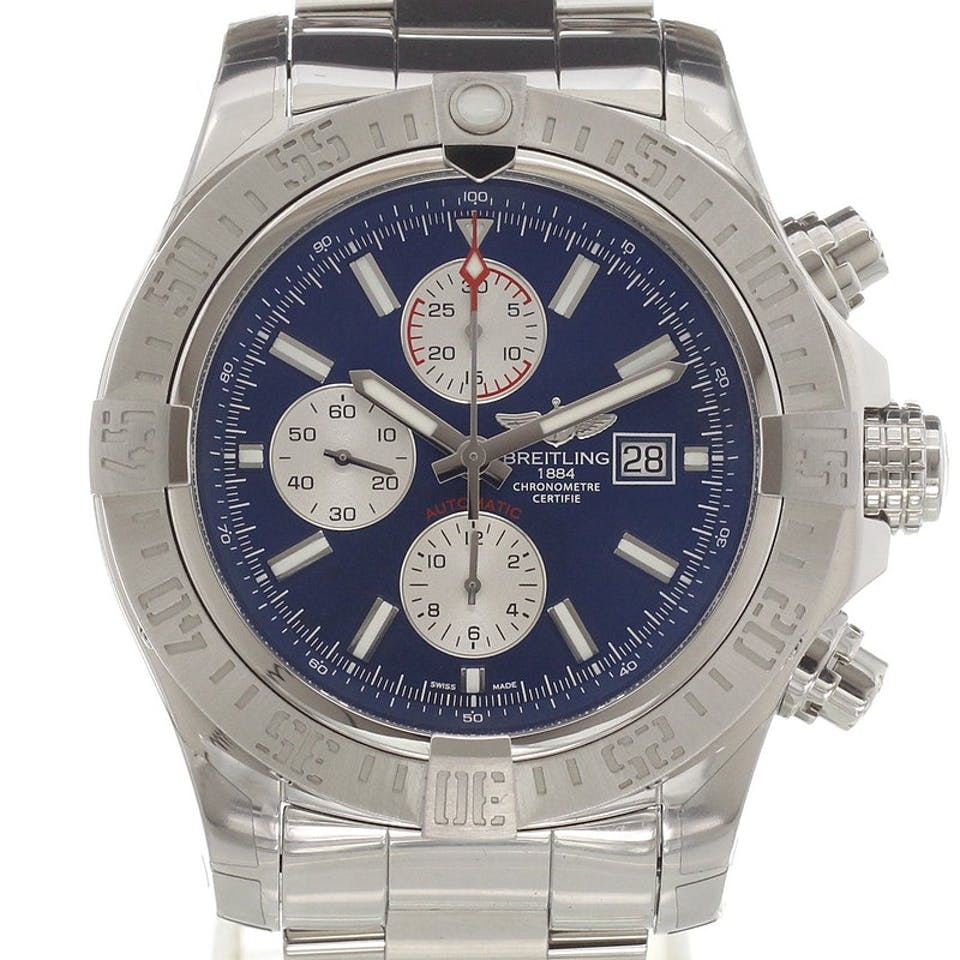 A tale of two-tone metals: Are two-tone watches making a comeback?

From Germany with love: Why you should care about german watches

Brand in Focus: Why you should consider buying a Tudor watch 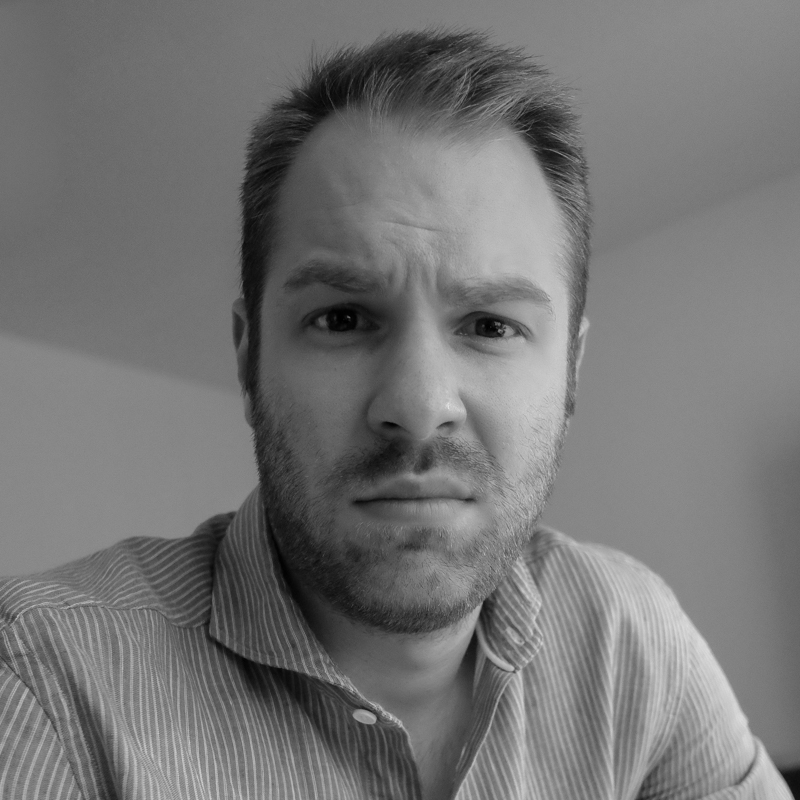