Spotted: Watches Worn At The Oscars 2020

History was made at the 92nd Academy Awards on February 10th, with South Korean film “Parasite” being the first foreign language film winner for best picture. Whilst we’re totally celebrating this momentous moment, we’re also focused on the wrists of the celebrities that attended the event. Who wore what, how and why? All this is answered by our review of the watches at the Oscars 2020.

At last year's Academy Awards, director Spike Lee wore a rather plain Jaeger LeCoultre Reverso with a purple suit. This year, he donned another purple outfit with a “24” sewn on in memory of the recently deceased Kobe Bryant. However, his wrist was definitely an upgrade in comparison to the 2019 Oscars with a Rolex GMT Master II in Everose gold. 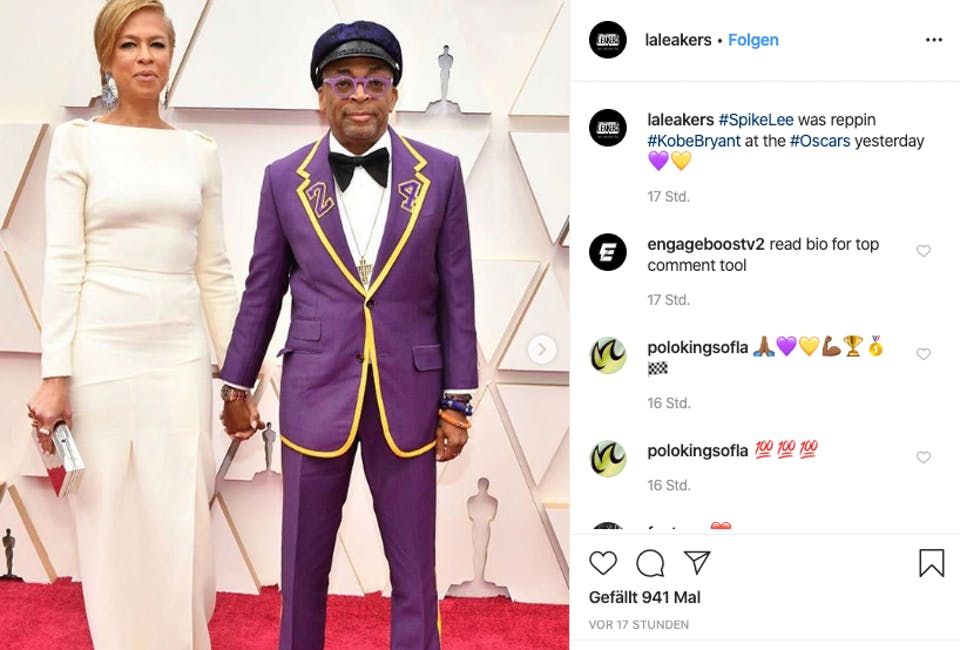 The GMT is one of the iconic Rolex watches and has been transformed from a professional pilot's watch to a fine piece of jewellery in recent years. One example is the "Pepsi" version, with a two-tone effect that is achieved by a bezel entirely set with precious stones. This noble version of the GMT Master II was recently shown to Trevor Noah at the Grammys. Instead of Pepsi, Spike Lee uses the black-brown "Root Beer" in an Everose-golden robe. Shop the GMT Master II 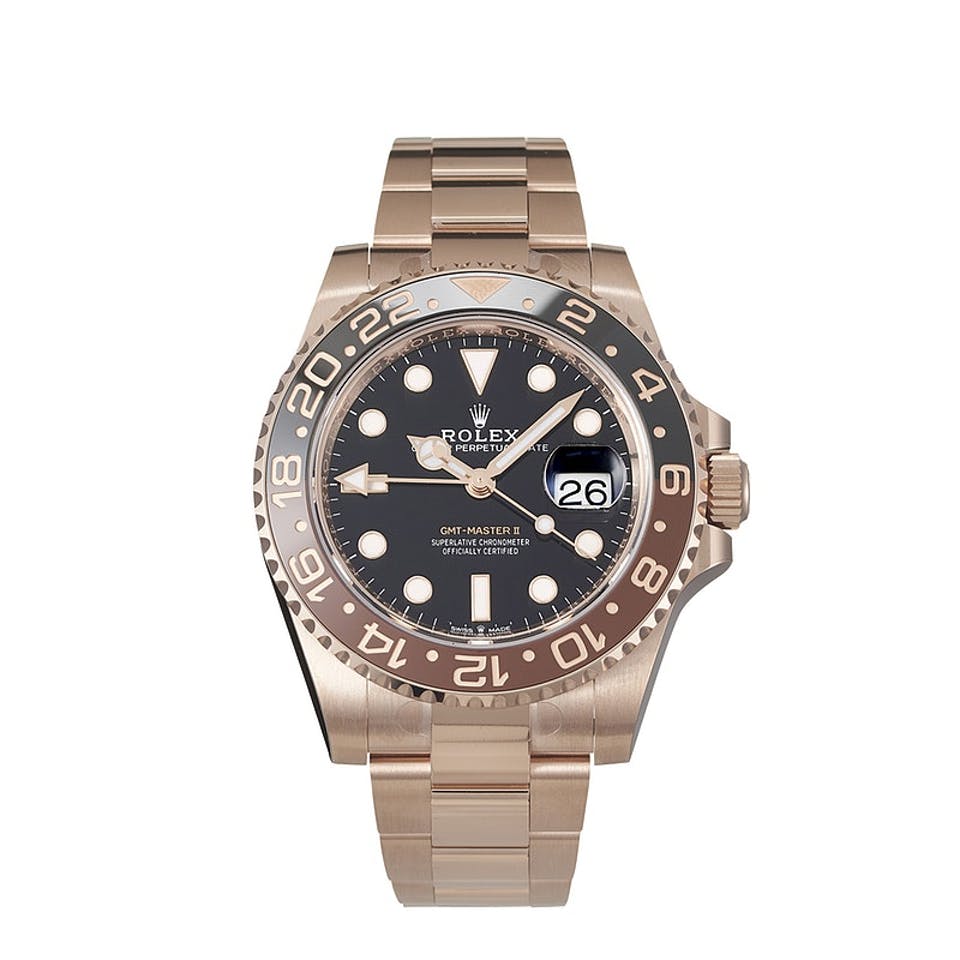 Ryan Seacrest is practically part of the inventory at the big events in Hollywood. For years, the presenter and interviewer has been getting the biggest names in show business in front of his microphone. Quite a big name was also worn on his wrist at the Oscars 2020: The Rolex Daytona 6263. While he had been spotted at the Golden Globes with a golden model, he decided to go for the stainless steel version at the Oscars. 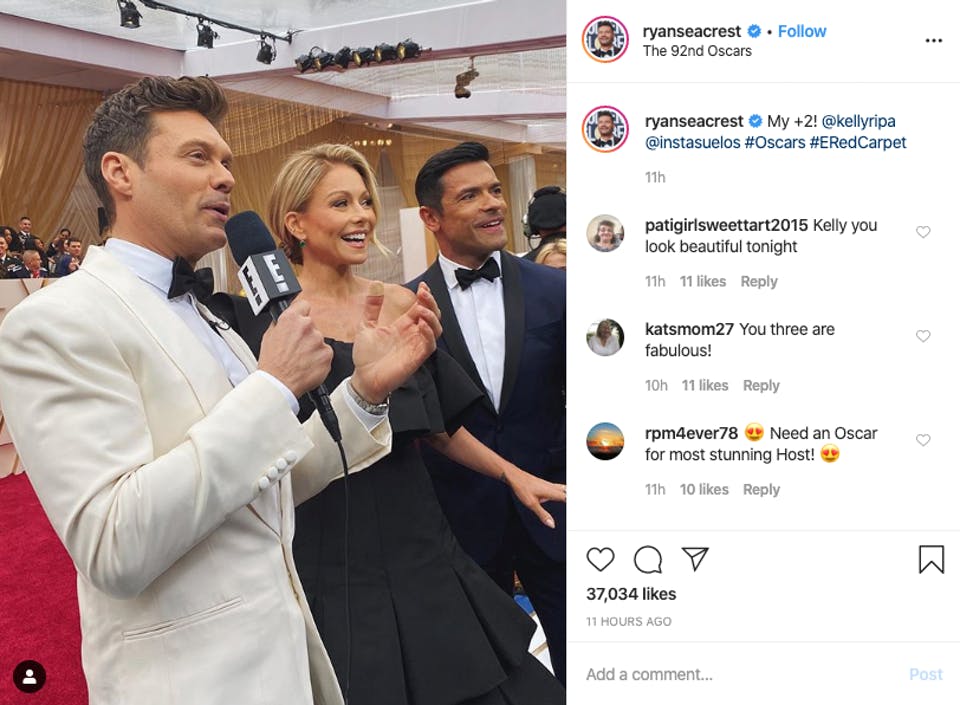 The Daytona with the large, red inscription - called "Big Red dial" - is one of the most sought-after collector's watches of all time. Its sporty design, including a tachymeter bezel, reflects its relationship with motor racing, which has lasted since the 1960s. It is hard to believe that the reference was not one of Rolex’s most popular models for a long time after its appearance. Back then, the name Rolex hardly aroused any enthusiasm - crazy times, those 60s! Shop the Rolex Daytona Cosmograph 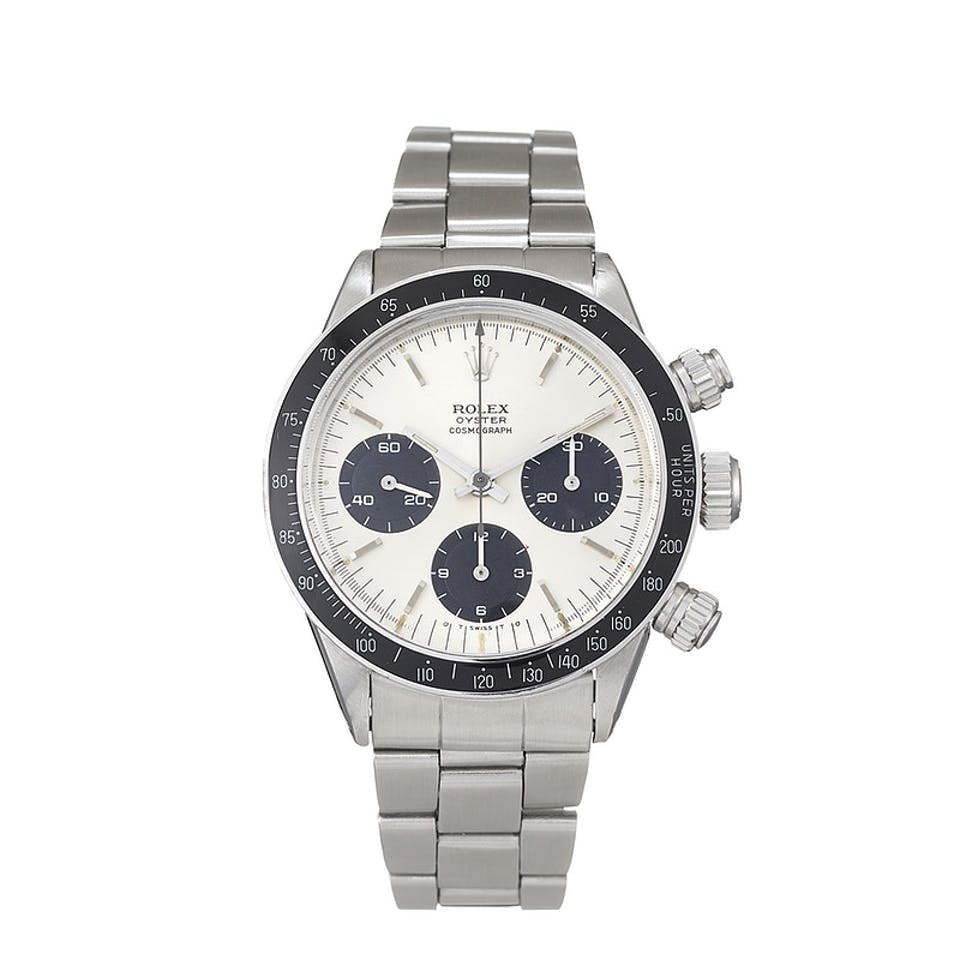 Taika Waititi was awarded the prize for the best adapted screenplay. The New Zealander brought the satire "Jojo Rabbit" to the screen, in which he embodies an imaginary version of Adolf Hitler. He attracted attention with eccentric poses on the red carpet and his interactions with Natalie Portman and Timothée Chalamet, among others. It’s safe to say that Taika Waititi has no problem standing out.

So it seems quite logical that the New Zealander did not combine his black suit with a classic dress watch, but with a Panerai PAM 728. A timepiece inspired by the Italian military and diving does not sound like a typical companion to the Oscars at first. But Waititi is - after Sylvester Stallone and Dwayne "The Rock" Johnson - further proof that the manufacturer founded in 1860 belongs on the red carpets of this world. Watches from Panerai are not wallflowers simply because of their robust cases, and are therefore the right choice for a confident statement. 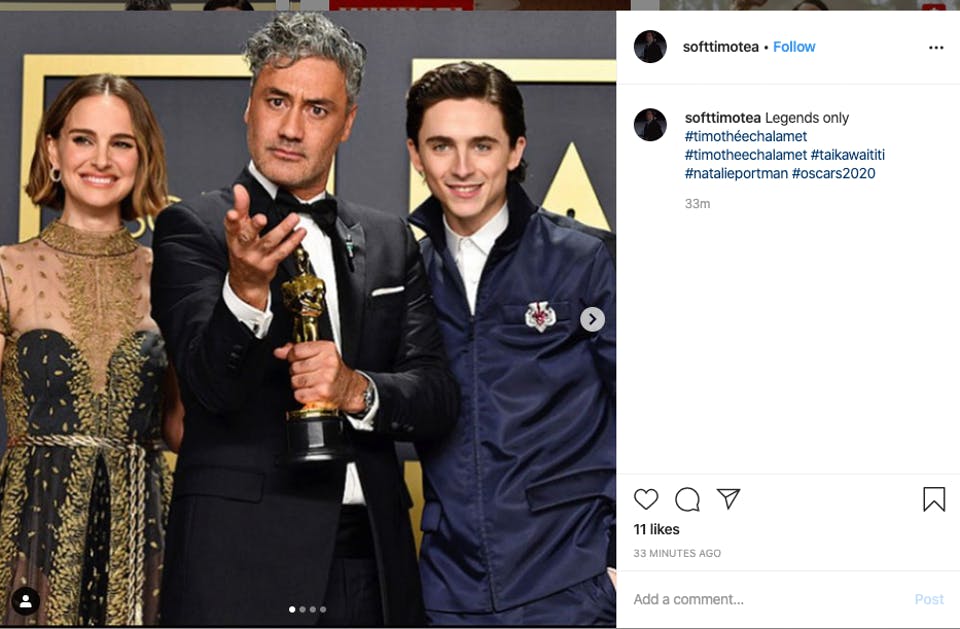 Colin Jost may not be known to everyone. The comedian, actor and lyricist is best known as the head writer of Saturday Night Live and as Scarlett Johansson's fiancé. Given the choice of his watch, we think he deserves a little more attention. On the red carpet, not only was the twice nominated Johansson snuggled up to his arm, but also a TAG Heuer Monaco with the reference CAW211P.FC6356. A choice that should bring a smile to the faces of watch purists, as this reference embodies the charm of Monaco in its purest form. 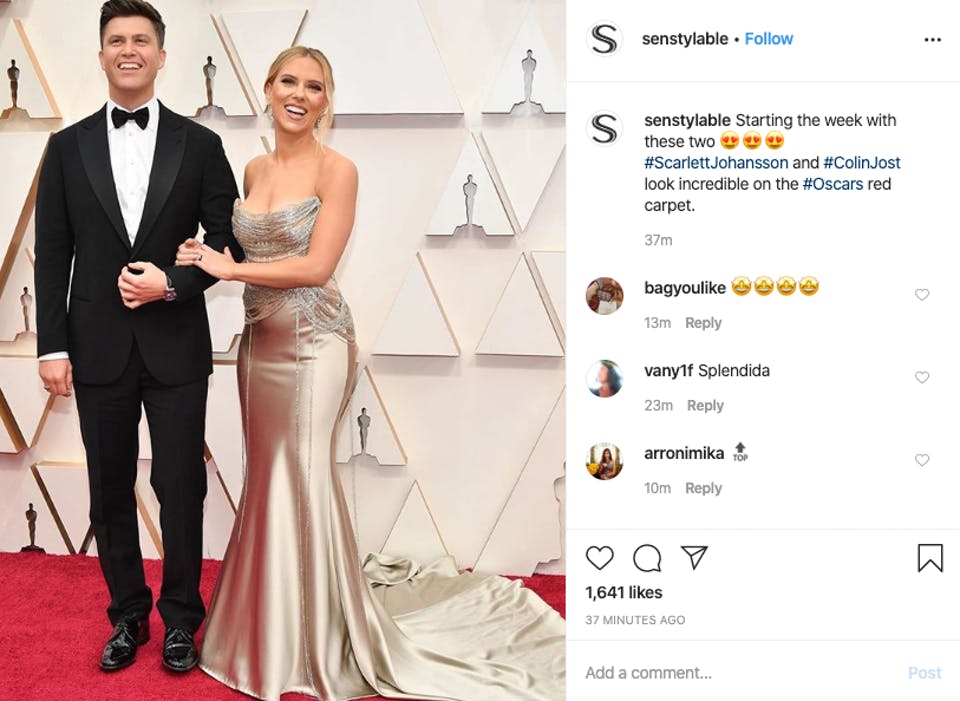 The Monaco owes its popularity not only to the racing Hollywood icon Steve McQueen, but also to its innovative inner workings. In 1969, its automatic chronograph caliber celebrated its premiere as one of the first of its kind. The Monaco Calibre 11 reflects the personality of the original and is always an eye-catcher thanks to its characteristic rectangular case and blue dial. 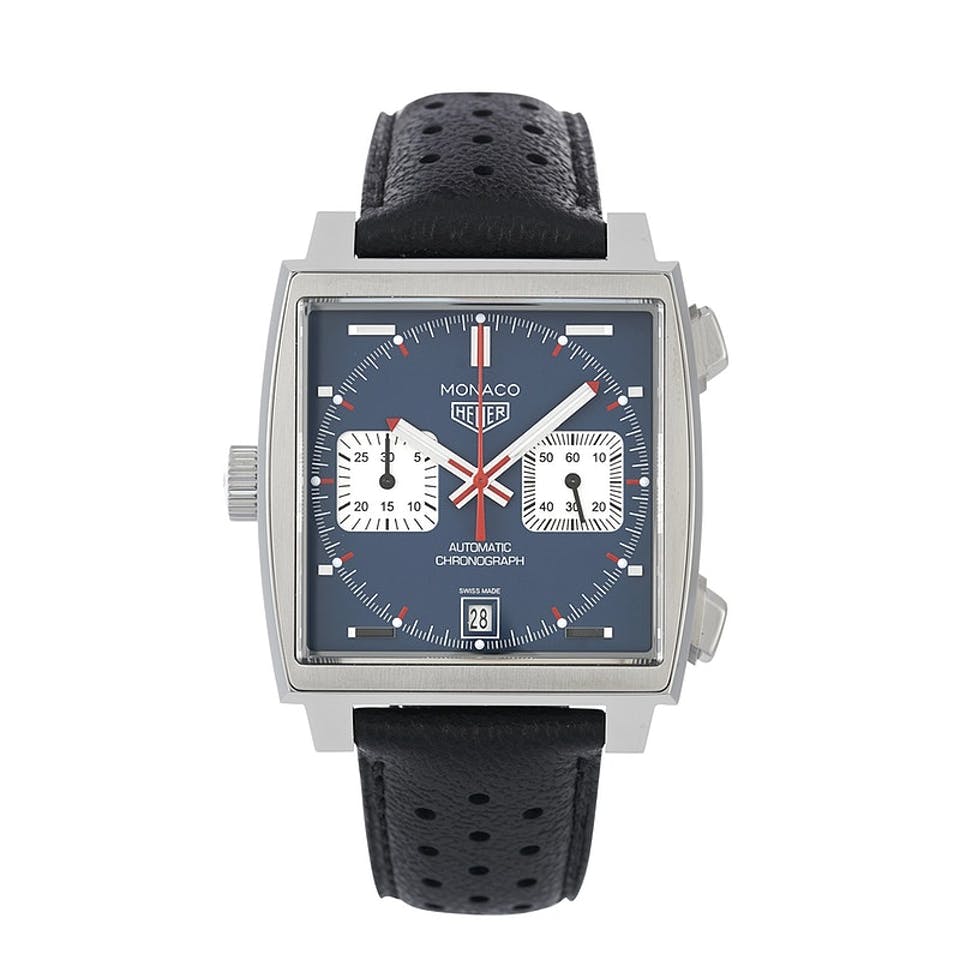 Unfortunately, Antonio Banderas didn’t win best leading actor (nominated for "Pain & Glory"), but he was able to console himself with a noble timepiece on his wrist. The Spanish actor showed up with an Octo Finissimo Automatic from Bulgari. Like all models of the Octo series, this watch also accommodated a great deal of technological finesse in a very small space.

The case, just 5.15 millimetres high, houses the mechanical manufacture movement with Finissimo calibre BVL 138 and a power reserve of 55 hours. This can be admired through the transparent case back, making the watch the perfect choice for one of Hollywood's biggest events. True to the motto: See and be seen. 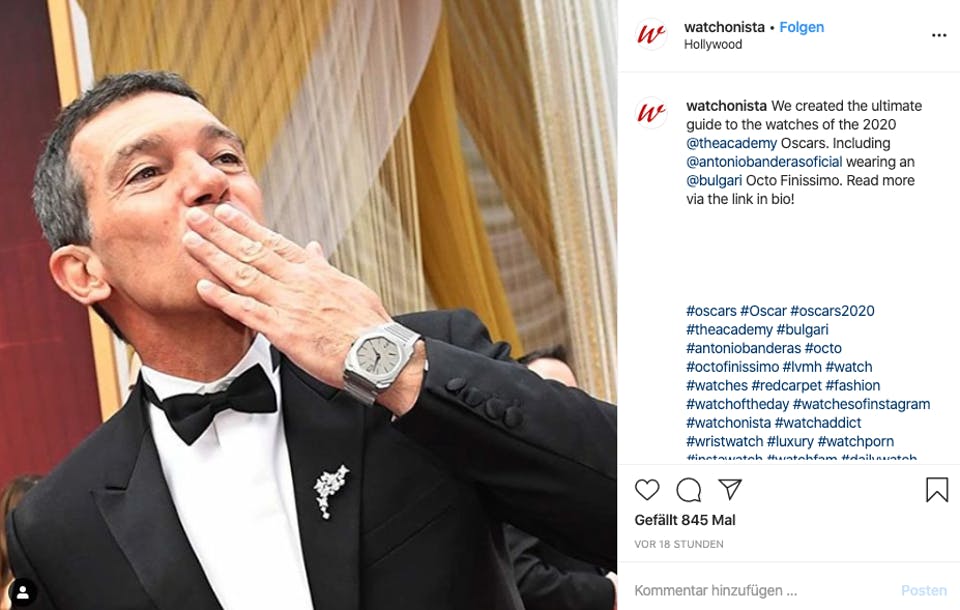 For his role as Freddie Mercury, Rami Malek won last year's Oscar as best leading actor. And following tradition, he presented the award to his successor Joaquin Phoenix at the Oscars 2020. Malek obviously chose a watch that shines in the winning gold, but doesn't push itself too far into the limelight.

The Pasha is a classic in the world of watches, and Cartier is a brand that the actor seems to have taken a liking to. He has already been spotted with timepieces from the French manufacturer at an appearance on the Today Show and at a film premiere in January. True love! 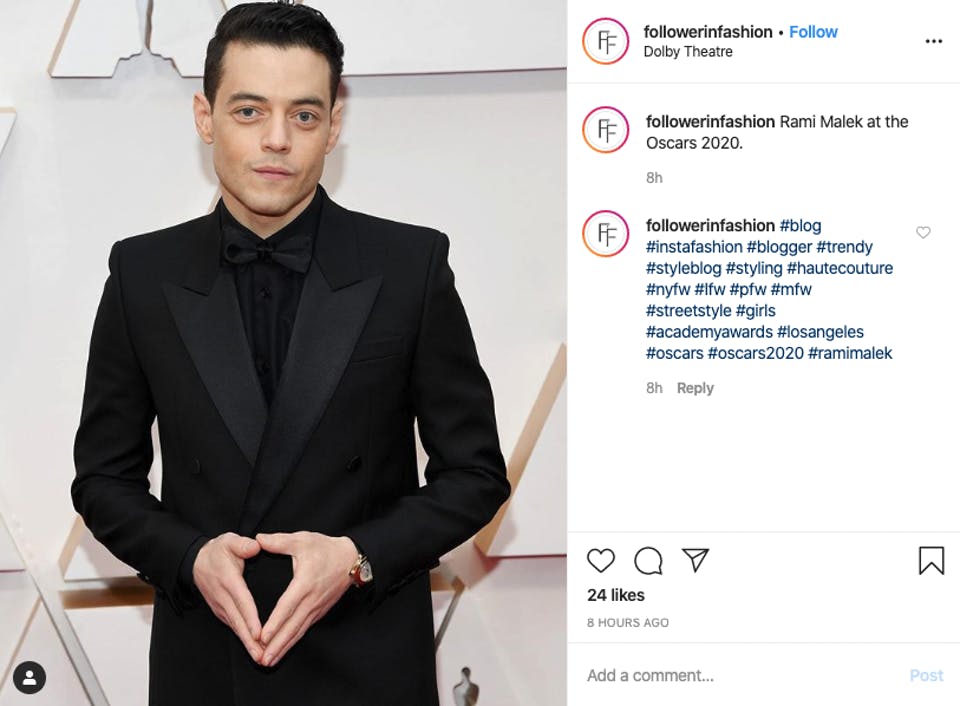 Elton John is currently on a three-year farewell tour, which should bring a worthy end to half a century in sold-out halls. Fittingly, the film "Rocket Man", based on his life, was nominated for the Oscars 2020. So the legendary icon did not miss the opportunity to perform an original song from the film, for which he won an Oscar only minutes later. An extremely successful evening for the British musician.

And as (almost) always when Elton John is in the spotlight, Franck Muller is not far away. The Swiss manufacturer based in Genthod is a big favourite of the star, with ten custom made Franck Muller watches made especially for his farewell tour. He was spotted on the red carpet with a diamond-studded model that thematically rounded off his purple jacket and pink sunglasses. Fashionable understatement has never been the style of Sir Elton. 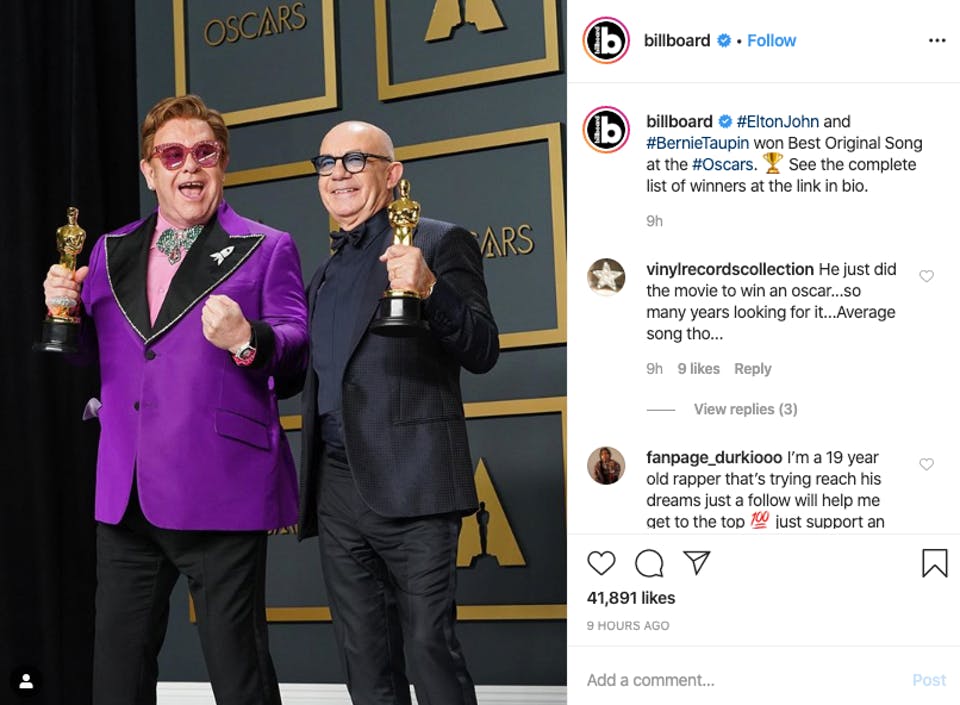