Criminal Watches – The Timepieces of Al Capone, Escobar & Others

As passionate watch enthusiasts, we wonder what those who have it all decide upon when it comes to the world of fine timepieces. While many celebrities promote their watch preferences, others hide their rare relics under sleeves – especially when those sleeves have been dirtied by countless crimes. From mafia bosses to cartel kingpins – the following is a watch-investigation conducted by CHRONEXT. 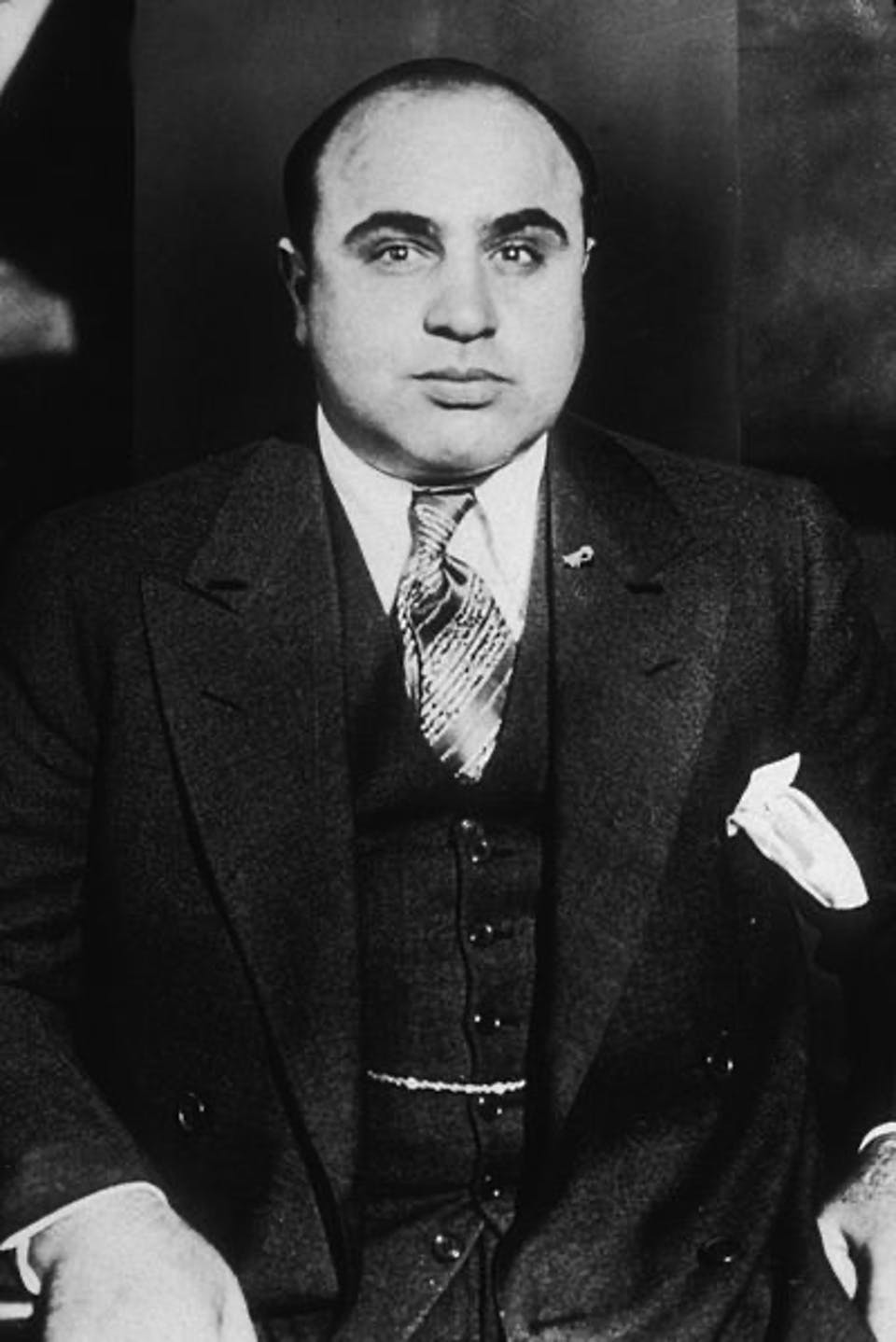 Probably one of the most notorious mafia bosses of all time, known especially for his ruthlessness, highly publicized press performances, and luxurious lifestyle, is none other than Al Capone. His fame and fortune are owed to the infamous Chicago Mafia – otherwise referred to as the Chicago Outfit  – during the Prohibition era in the United States. At the time, Capone reigned as the crime boss and controlled the bootlegging, gambling, and prostitution markets in underground Chicago. The epitome of a crime boss, Al Capone was able to foster profitable relationships with figures of authority, and consequently gained allies within law enforcement for a period of time.

He owned – like so many other mafia bosses – several pocket watches and wristwatches. Among them, a rectangular gold Prince wristwatch from Rolex, which was auctioned off following his death. 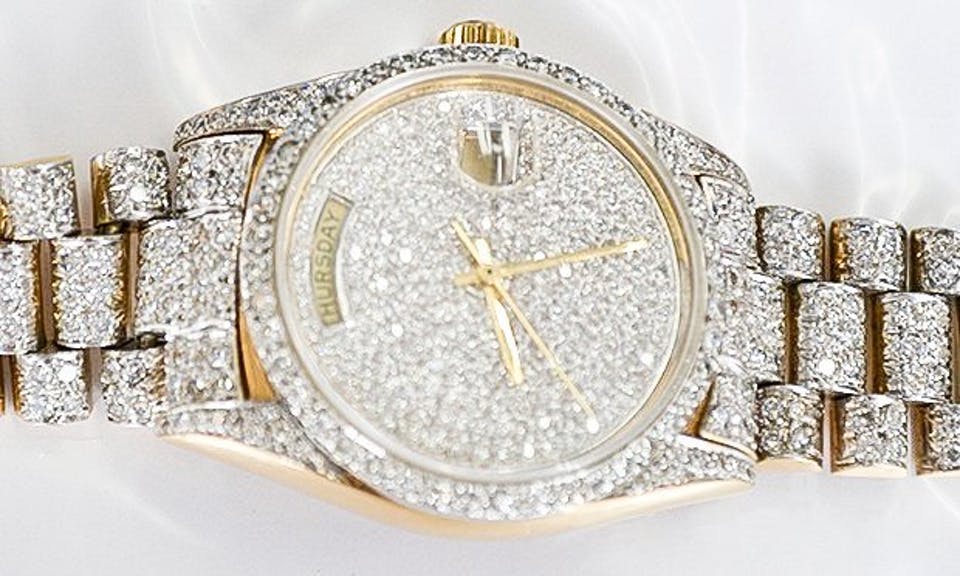 The life of Pablo Escobar is shrouded in legend. “The King of Cocaine” is said to have been the wealthiest criminal in history. Allegedly, his Cartel set aside 2,500 USD each month for the purchase of rubber bands – those of which they used to wrap their stacks of cash. According to the drug lord’s son, Escobar had once set fire to bills worth over 2 million dollars. He had done so simply in order to keep he and his family warm while they were on the run from the authorities.

Escobar’s timepiece perfectly reflects his wealth-filled lifestyle. Indeed, the drug lord enjoyed a solid gold Rolex that was completely encrusted with hundreds of exquisite diamonds. The wristwatch was eventually auctioned off for a mere 8,500 USD. 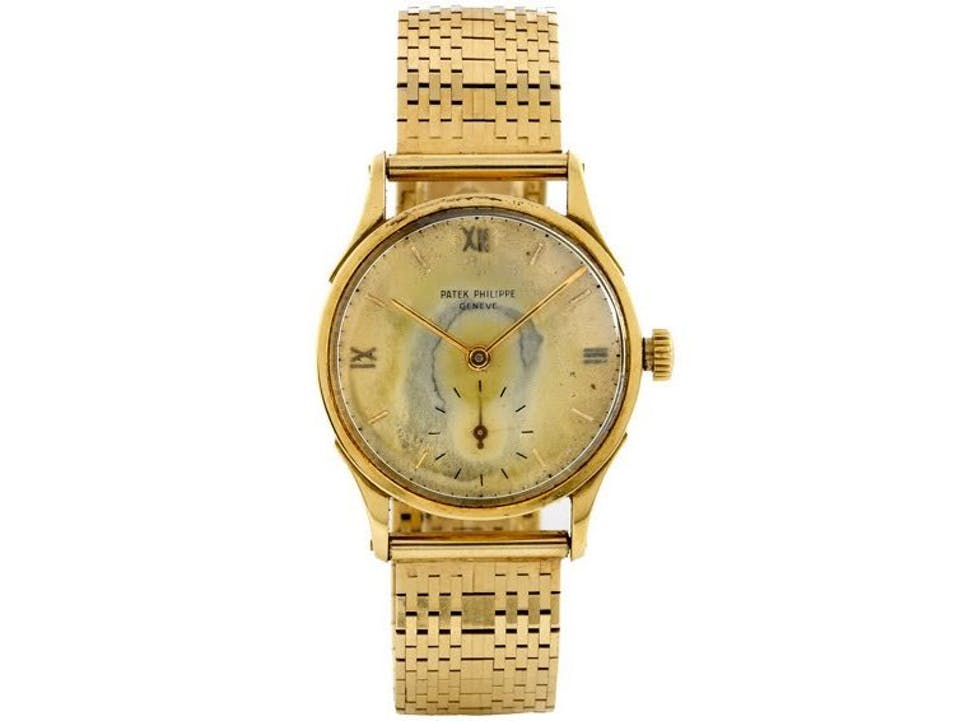 The father of modern organised crime in the United States and one of the most influential individuals of the 20th century is Charles “Lucky” Luciano. Luciano was born into an Italian family who immigrated to the United States when he was only 9 years old. As a teenager, Luciano started his own gang and eventually went on to earn his money through the manufacture, sale, and transportation of alcohol beverages during the American Prohibition. He also became involved in the prostitution ring and offered “protection” on the American streets. Rising to the head of organised crime, Lucky Luciano has inspired countless books and films.

During the Second World War, Luciano played a role in facilitating the US army in the invasion of Sicily – a cooperation that granted him an early release from prison. He promised the full assistance of his organisation in providing intelligence to the Navy and provided them with his mafia contacts in Sicily. In 1946, as a result of his wartime cooperation, his sentence was reduced on the condition that he does not resist deportation to Italy. In 1962, Luciano passed away as the result of a heart attack in Italy.

Several old photographs capture the famous Luciano – a man who was always dressed with taste and class. More importantly, he was always sporting a different watch on his wrist. The mafia boss is often referred to as one of the most stylish criminals of all time. The watch collection of Luciano most likely included iconic Patek Phillipe timepieces. In 1957, Luciano gifted a Patek Philippe Ref. 1516 to no other than the scandalous Joseph Bonanno. Bonanno served as inspiration for the famous novel and movie, “The Godfather”. The timepiece was auctioned off in 2009 at Antiquorum for 36,000 US dollars. 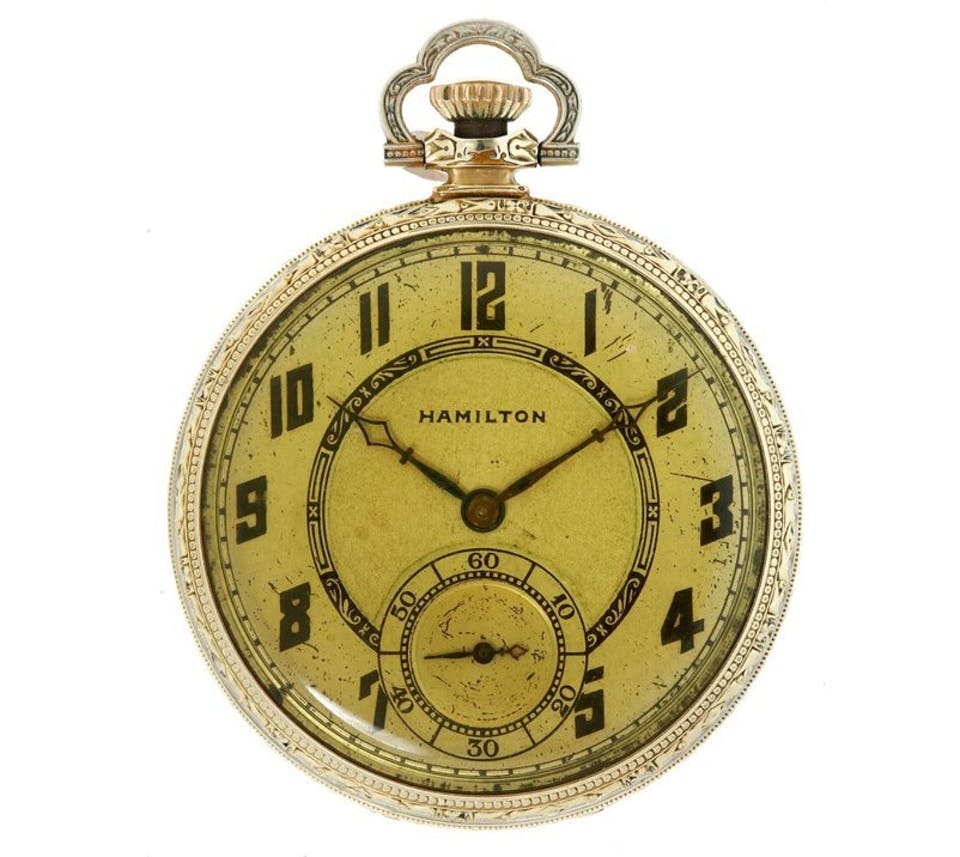 The notorious John Dillinger was an American gangster and bank robber during the great depression. Operating alongside the “Terror Gang”, he was directly associated with 12 bank robberies among several other criminal activities. Dillinger was known for his colourful personality, which the media tended to exaggerate during the time. Interestingly, he managed to escape from prison twice. After evading the police for approximately one year, Dillinger met his fate when he was shot four times and killed by the FBI as he was exiting the Biograph Theater in Chicago.

Dillinger has gone down in history as one of the first public enemies and best-known “criminals” in United States history. Following his death, his body was displayed to the public at the Cook county morgue. The event can be equated to somewhat of a circus as 150,000 individuals showed up to view the body during the day.

Dillinger was carrying his Art Deco Hamilton pocket watch when he was gunned down. The timepiece was ultimately returned to his family in a state that can be described as morbidly covered in his own blood. The pocket watch is comprised of a 17-jewel movement that is enclosed in a gold-filled hinge back open-face case. The auction price for the timepiece now stands at 41,825 USD. The actual value of the traditional pocket watch is estimated at approximately 150 USD. 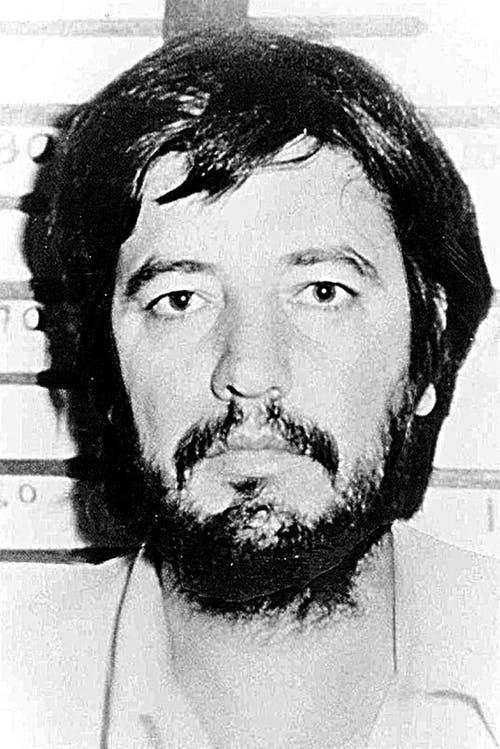 El Señor de or the Lord of the Skies is described as one of the most powerful drug traffickers of his era. The nickname of Amado Carrillo Fuentes is derived from the fact that he used his large fleets of jets to transport drugs. He cleverly built up his fleet to include predominantly Boeing 727 aircrafts, with which he used to transport tons of cocaine and other intoxicating substances past the authorities.

In 1997, Fuentes died during an extensive plastic surgery and liposuction procedure – a change he wanted to undergo so that he could more easily slip past both American and Mexican authorities. Complications were experienced during the 9-hour procedure, however, which lead to his ultimate death. There are many conspiracy theories surrounding the fatal procedure. Some state that Carillo simply died as a result of complications during the surgery and others state that bodyguards smothered him with pillows and faked the plastic surgery altogether. Some conspiracy theorists believe that his death was completely feigned and that Carillo lives among us at large. During the same year of his death, the DEA confirmed that the body indeed belonged to that of Amado Carrillo Fuentes.

At his peak, the net-worth of Fuentes was estimated at 25 billion US dollars. He was, therefore, one of the wealthiest criminals of all time. His watch collection included among many others, a Piaget Emperador and a Rolex Cellini. The vintage watches certainly experienced their fair share of crime around the wrist of Fuentes. 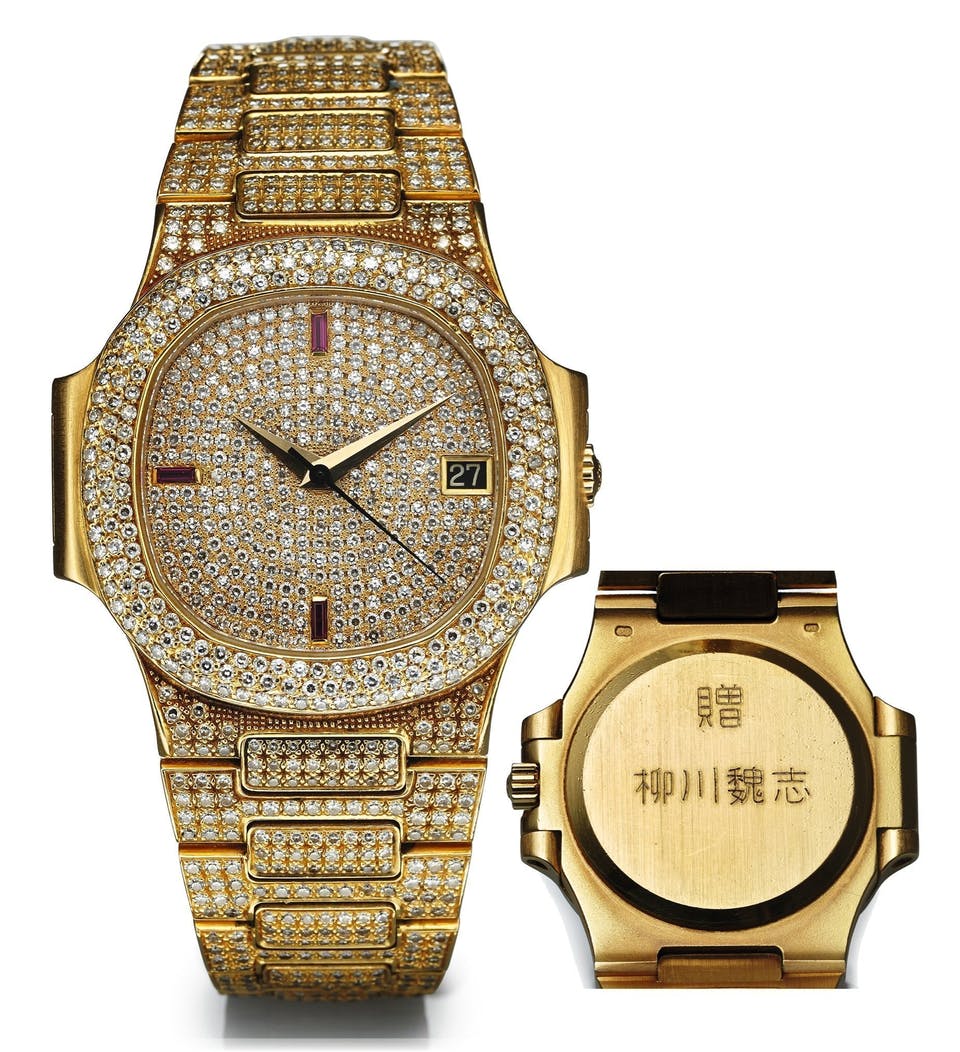 The infamous Jiro “Black Shirt from Maten” Yanagawa was born in Punsan in 1923. When he moved to Osaka, Japan, he quickly found a path into organised crime and underground corruption. He created one of the largest Korean gangs known to Japan – Yanagawa-gumi. His gang became a militant of Yamaguchi-gumi, which is biggest Yakuza group in Japan. Much has been written about Yanagawa, who eventually went on to break-up Yanagawa-gumi and become a goodwill ambassador between Korea and Japan.

Yanagawa was the owner of a distinct and highly luxurious Patek Philippe Nautilus Ref. 3800. The timepiece can be spotted from miles away as it is comprised of yellow gold and completely adorned with round exquisitely cut diamonds. From watch case to links, the rare Nautilus is completely pave-set with diamonds and three eminent baguette-rubies. The total weight of the watch equals 7.49-carats. Furthermore, it features an engraving on the case back, which reads “gift” and “Yanagawa Gishi” (Jiro’s additional name) in Japanese characters. The exquisite Nautilus was offered in an auction in 2015 in Hong Kong and sold for 750, 000 HKD – the equivalent of approximately 96, 000 USD.