scroll
Home Journal Celebrating 50 years of the Moon Landing: 4 versions of the Moonwatch you should know

2019 marks the half-century of the moon landing, and whilst humanity’s spacefaring status is receiving widespread coverage, we’re diverting the attention from the Moon landing to the Moonwatch. Omega was part of a mission that shaped history and have produced absolutely iconic timepieces that we can never get enough of. Join us in celebrating one of mankind’s greatest achievements to date!

The Omega Speedmaster was selected by NASA as the official watch for astronauts in 1965 after rigorous testing against several criteria. Ironically, the Swiss firm was not initially aware that its products had even been submitted, since NASA had acquired them from a US dealer. Speedmasters were used during the Mercury, Gemini and Apollo missions, and finally voyaged to the Moon with Neil Armstrong and Buzz Aldrin in July of 1969. You can bet that Omega knew all about how the Speedy was being used after that.

Speedmasters were used in all six lunar landings and continued to play important roles in missions both in space and on Earth for many years, forevermore known as the Moonwatch. More important for watch collectors, Omega continued to update and evolve the timepiece, releasing it in myriad new additions in the fifty years since it was worn on the Moon. It is fair to say that Omega's clever marketing combined with the excellent quality of the watch itself has made the Moonwatch one of the most legendary and widely discussed timepieces in horological history. 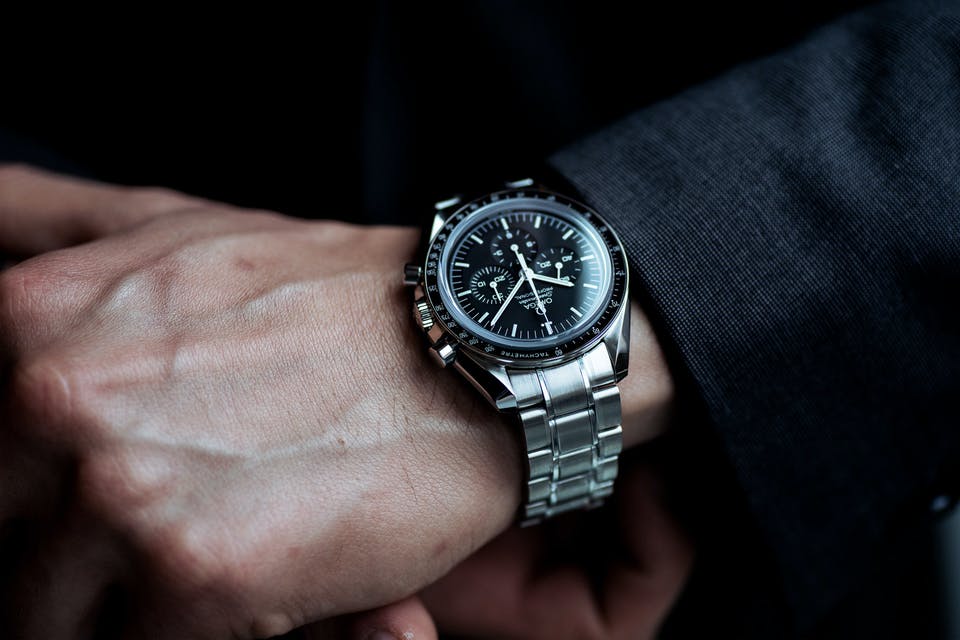 Before we go further, we must turn our attention to this year's new limited edition Speedies. There was much anticipation about what Omega would do for the Moonwatch's big birthday, and the brand didn't disappoint. In February it unveiled ref 310.60.42.50.99.001, an extremely faithful recreation of a historic Speedmaster presented to astronauts and dignitaries (including President Nixon) at a special dinner in November 1969. With a case and dial made of gold, it was the perfect choice for a fiftieth anniversary re-edition, which like the original is limited to 1,014 pieces. The gold in the new version is a unique proprietary alloy never seen before, which Omega calls Moonshine Gold, said to prevent discolouration over time. 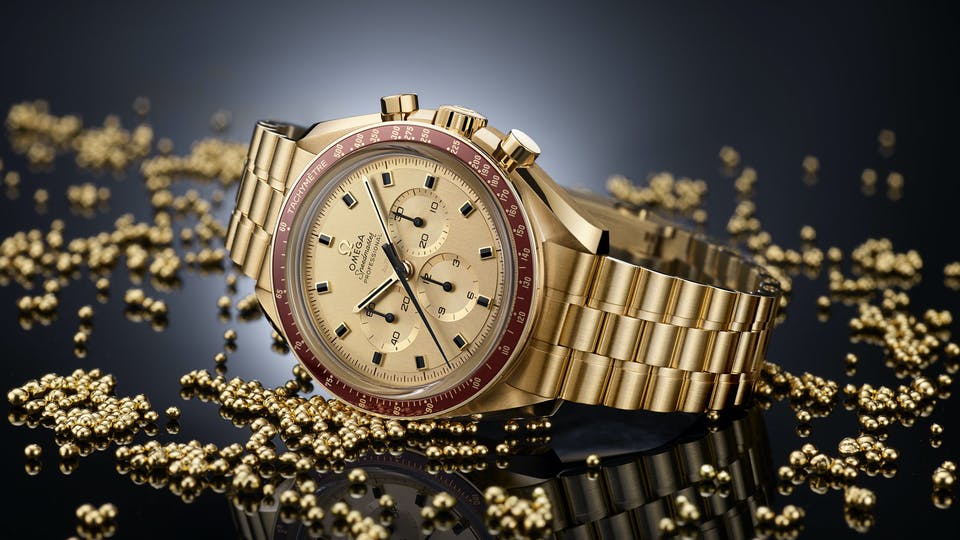 But this was just the start. In May we were introduced to 2019's second commemorative Speedmaster, ref 310.20.42.50.01.001 - a 6,969 piece edition. Somewhat more sober in steel with a grey dial, this anniversary watch is immediately notable for the exquisitely detailed engraving in the 9 o'clock subdial, showing Buzz Aldrin stepping off the lunar lander 50 years ago. The engraving, along with hands, indexes and bezel are again Moonshine Gold, creating beautifully clear highlights against the darker background. The caseback is more remarkable still, showcasing a laser-etched image of a lunar footprint, while the normal "First watch worn on the Moon" line has been replaced with Armstrong's famous quote: "That's one small step for man, one giant leap for mankind". 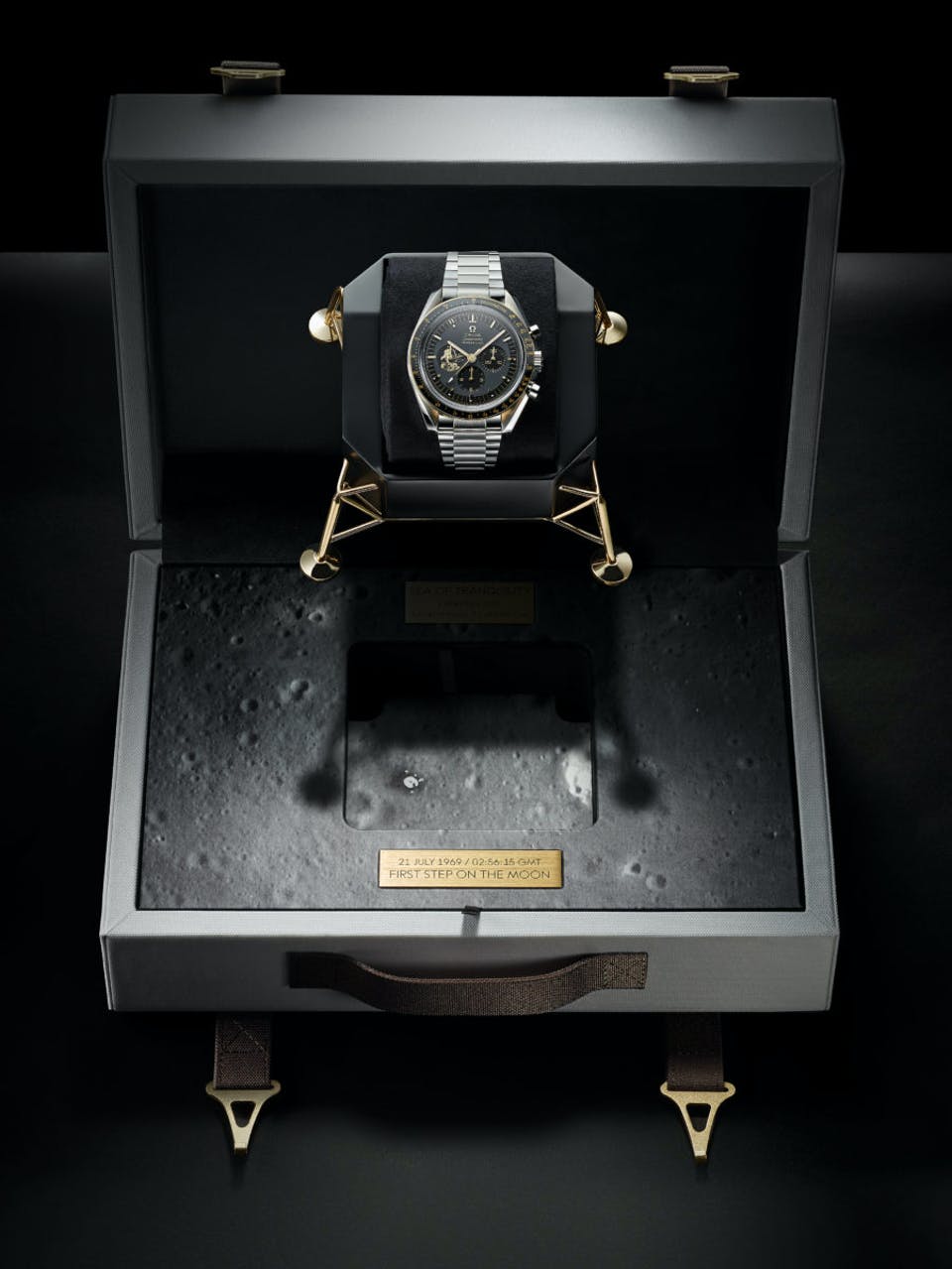 Perhaps even more exciting than the above specifications, these two birthday Speedies are the first to feature their own giant leap in the evolution of this iconic watch. Namely, calibre 3861, an upgraded version of the much loved 1861, itself the successor to the 861 which replaced the original calibre 321 in 1969. The 3861 is a true gem, now boasting a co-axial escapement, hacking seconds, even better accuracy and silicon components that resist magnetic fields up to a whopping 15,000 gauss. 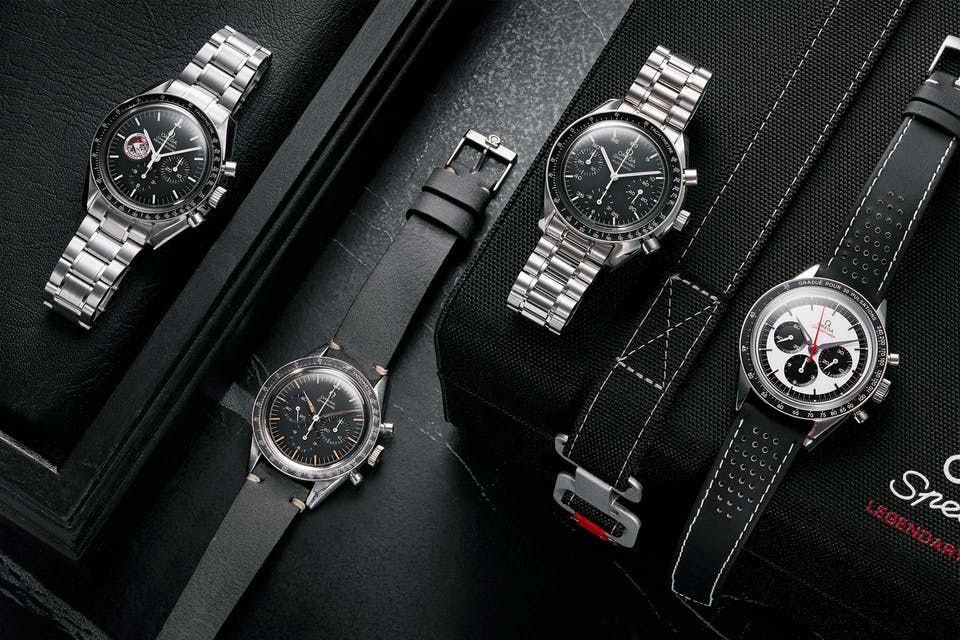 Unable to get your hands on the new models? Here are a few other excellent options from the Speedmaster's long back catalogue.

The Speedmaster may have been made famous by NASA, but it was originally designed as a racing watch. Models from the pre-Moon era remain in high demand, especially the very first Speedy, the CK2915 "Broad Arrow" from 1957.

Starting with 1969's ref 145.014, the second generation of Speedmaster was actually designed for spaceflight, although superstitious astronauts mostly stuck with the original version. Nevertheless, this distinctive watch and its successors (Marks III - V) have been re-energised with recent remakes and remain popular today.

Dark Side of the Moon

In more recent years, the Moonwatch has showcased some of Omega's most cutting-edge materials. In 2013, this culminated with the Dark Side, featuring a case and dial entirely made from high-tech ceramics. This makes it both lightweight and highly durable.

Both celebrating and advancing the Speedmaster's career among the stars, the X-33 was released in 1998 as the future of space horology. It uses a very advanced quartz movement to supply a plethora of technical functions required by astronauts and aerospace professionals, who have used it for many missions, including on the International Space Station. 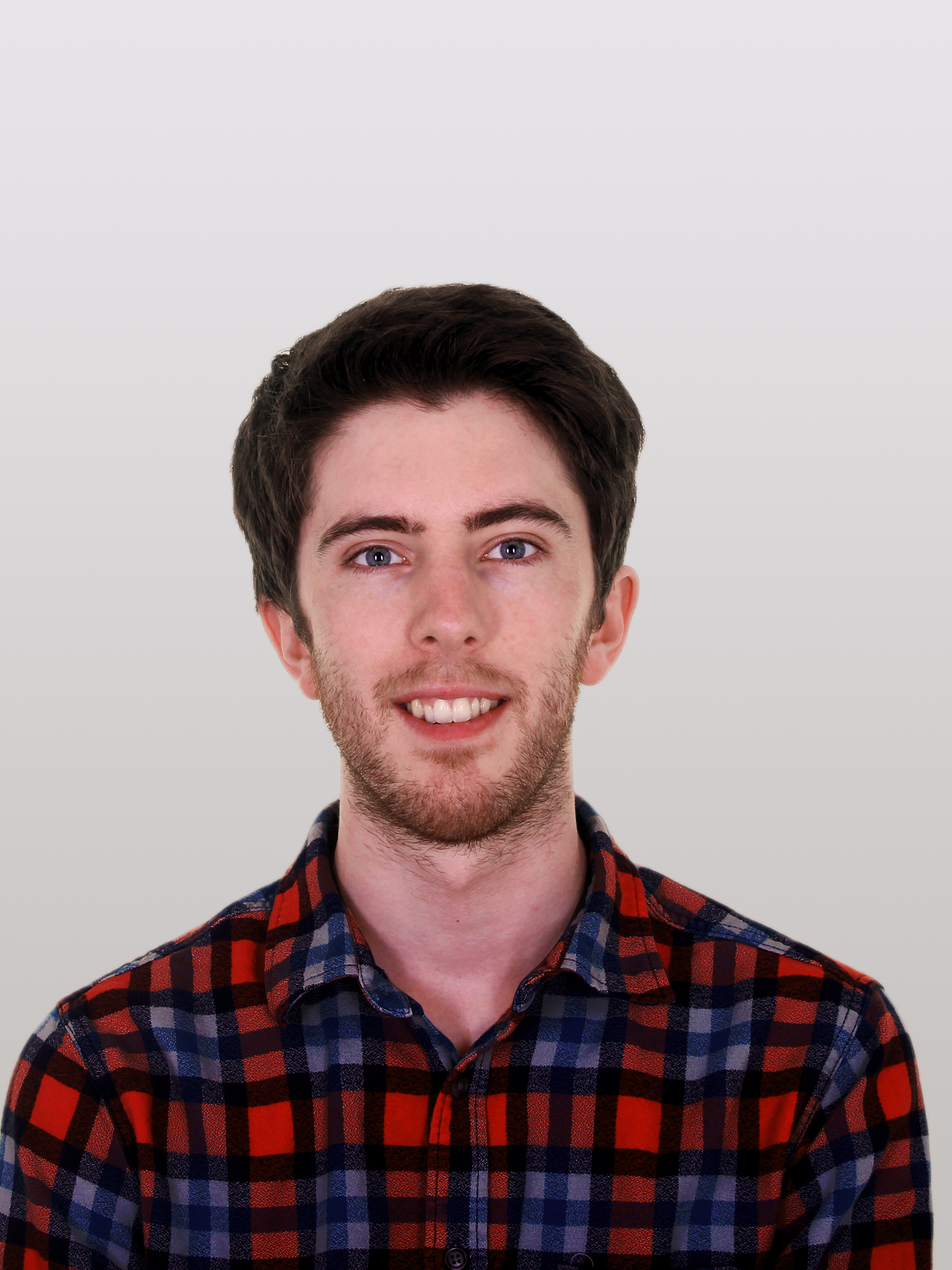