Luxury with Precision: 7 Watches for the Winter Season

Watches and winter sports maintain an intimate connection. Renowned manufacturers such as Longines or Omega have been partners in sporting competitions for years and enable exact time measurements at alpine ski competitions or bobsleigh races. But also hobby sportsmen and winter holidaymakers rely on reliable, robust watches for their equipment in addition to skis and poles. So let us present you with the best models for those cold winter days.

Olympic bobsleigh competitions have been measured with special watches from Omega since the 1930s. Since 2002, the manufacturer has also been an official partner of the Fédération Internationale de Bobsleigh et de Tobogganing (FIBT). In addition, the company is also committed to sporting competition beyond the mere measurement of time: Omega is currently involved in establishing monobobob as a new sport and is title sponsor of the Omega Monobobob series.

Top speeds as well as start, intermediate and finish times are measured by red and infrared photocells mounted directly on the track. The exact distinction between success or defeat is thus in the expert hands of the manufacturer.

Omega isn’t the only one - Longines has even been involved as a timekeeper in sport since 1878 - a partnership that began with the first 20H calibre chronograph produced by the Swiss Manufacture. In addition to show jumping, tennis and gymnastics, Longines has a special relationship with Alpine skiing: The FIS (Fédération Internationale de Ski) is one of the company's main partners and relies on the horological expertise of the Swiss for its World Championships and all its World Cups.

Whether you're chasing speed records on the slopes or planning an extended ski trip: the cold, damp weather places special demands on your watch. It should be water-resistant, robust, sporty and stylish at the same time. And these are just some of the characteristics that are important when choosing the right model.

The Submariner has long gone down in history as a famous and proven diving watch. Equipped with luminous indices and water resistance to 300 metres, it can be relied upon even in difficult weather conditions. Robust and equipped with a scratch-resistant sapphire crystal, it is the perfect companion on your ski trip. Another advantage is the Oyster clasp, which allows you to extend the strap - so the watch even fits over your ski suit. The skilful combination of sportiness and elegance makes the Submariner shine even après-ski. 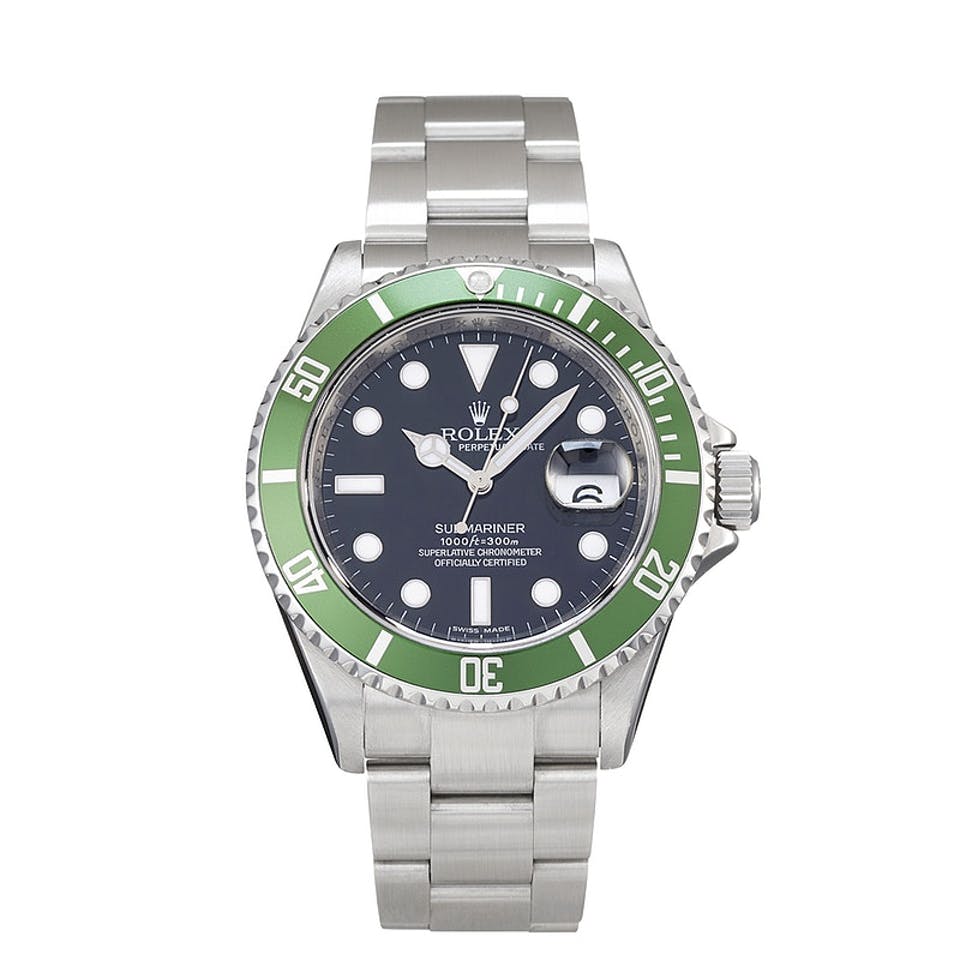 Not only Longines and Omega are active in the sports scene, Breitling has also been a strong partner of winter sports for several years. Brand ambassadors include ski racer Anna Veith, ski jumper Stefan Kraft and former ski jumper Thomas Morgenstern. The Breitling Superocean is one of the absolute classics among divers' watches and is ideally suited for use in snow and ice thanks to its water resistance. 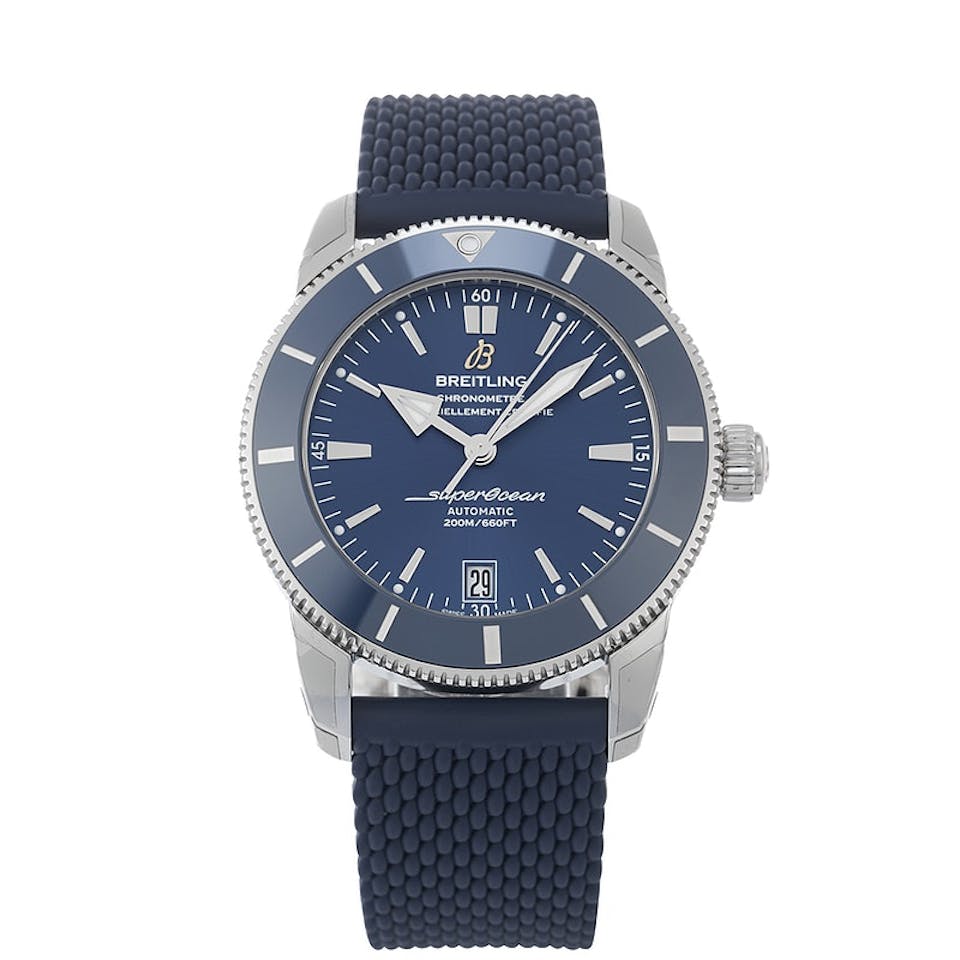 In general, diving watches are predestined to adorn your wrist during your winter holiday because of their water resistance. This also applies to the Aquaracer, which is often considered the ultimate sports watch. The classic of this model series is certainly the Aquaracer 300M, which is available in different versions: as a men's or ladies' watch, automatic or quartz watch, chronograph or three-hand watch. Depending on the model, TAG Heuer offers a stopwatch mechanism and/or various timepieces that are not only suitable for water sports events but also for rapid ski descents. 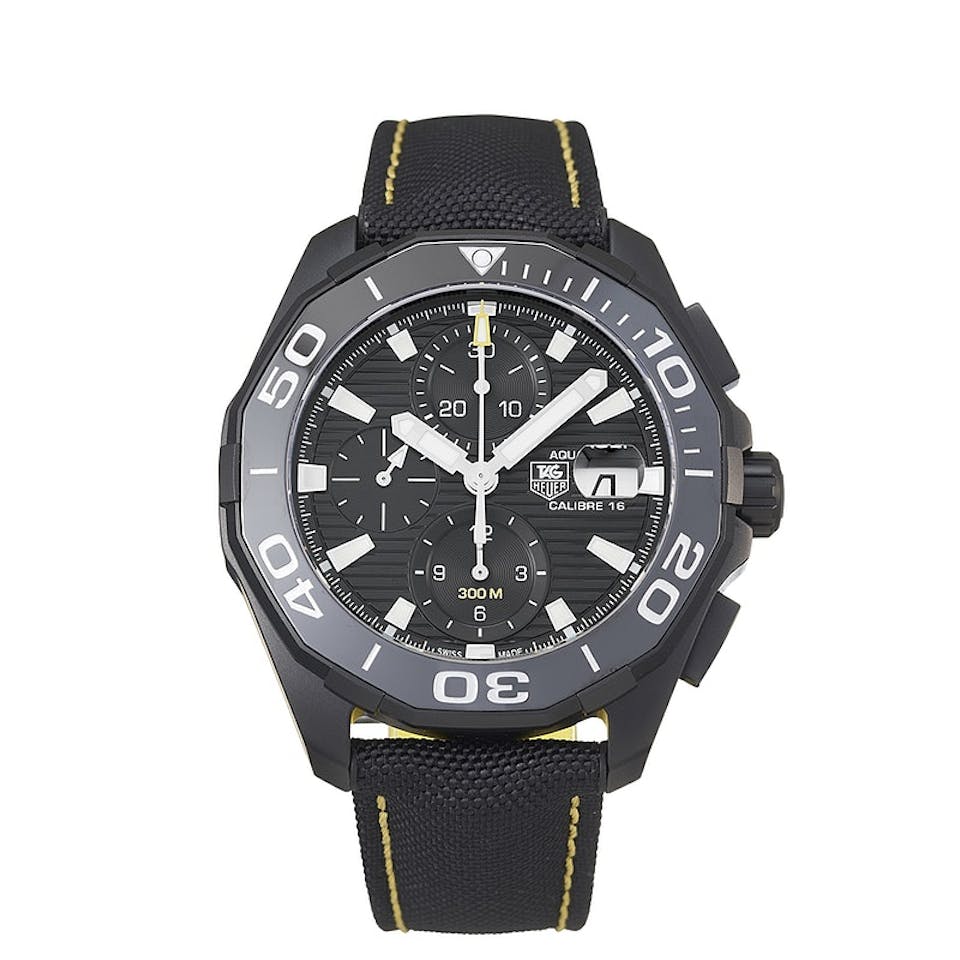 The Rolex Explorer is a monument to the adventurers of this world: it is a tribute to Sir Edmund Hillary's first ascent of Mount Everest and the result of years of experience with Rolex watches in extreme conditions. The Twinlock winding crown guarantees water-resistance to 100 metres, while the Paraflex anti-shock system protects the movement against shocks and vibrations. The calibre 3132 used is an extremely solid Perpetual movement with automatic self-winding mechanism. Moisture and falls are therefore no problem for the Explorer. 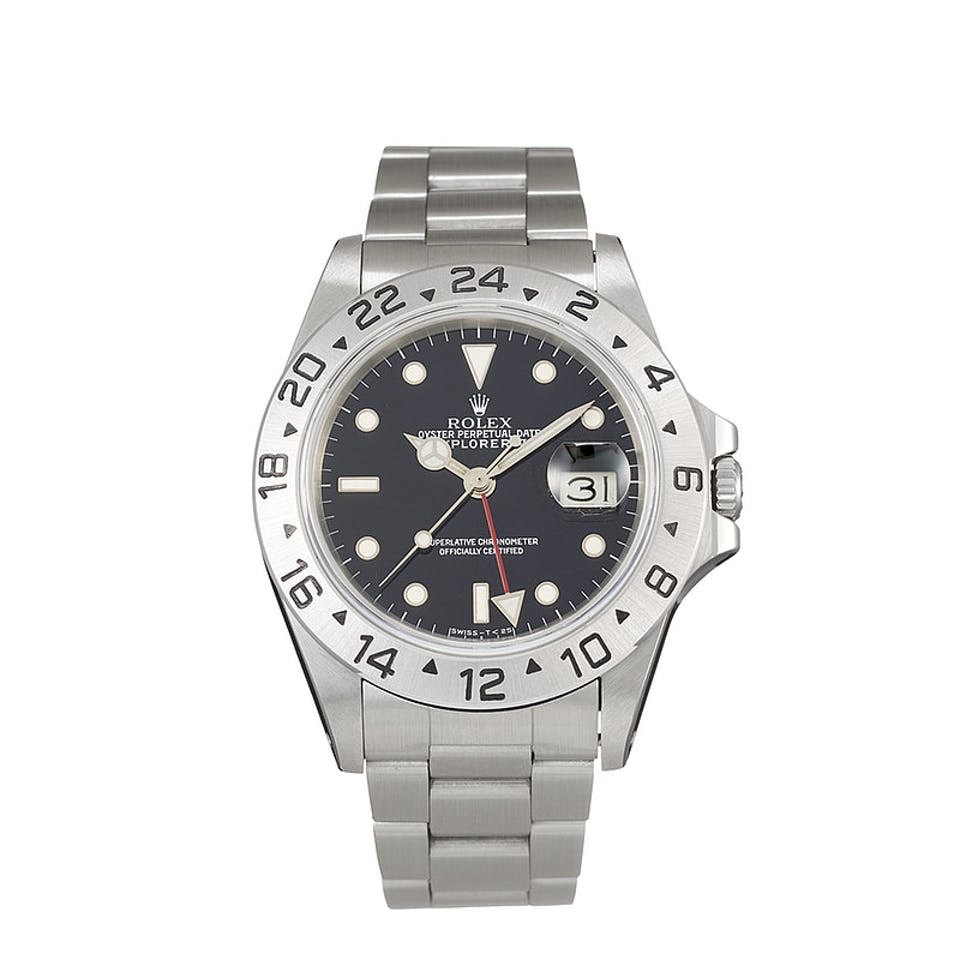 Sinn Spezialuhren GmbH was founded in 1961 by pilot and flight instructor Helmut Sinn. It has always focused on technical excellence and robustness and also manufactures timepieces for professional use. The operational timepiece EZM 12 was specially developed for air rescue and can withstand extreme temperatures down to -45°C. It has a heart rate measurement function, which is extremely practical for winter sports, and thanks to Ar-Dehumidifying Technology, it does not fog up. 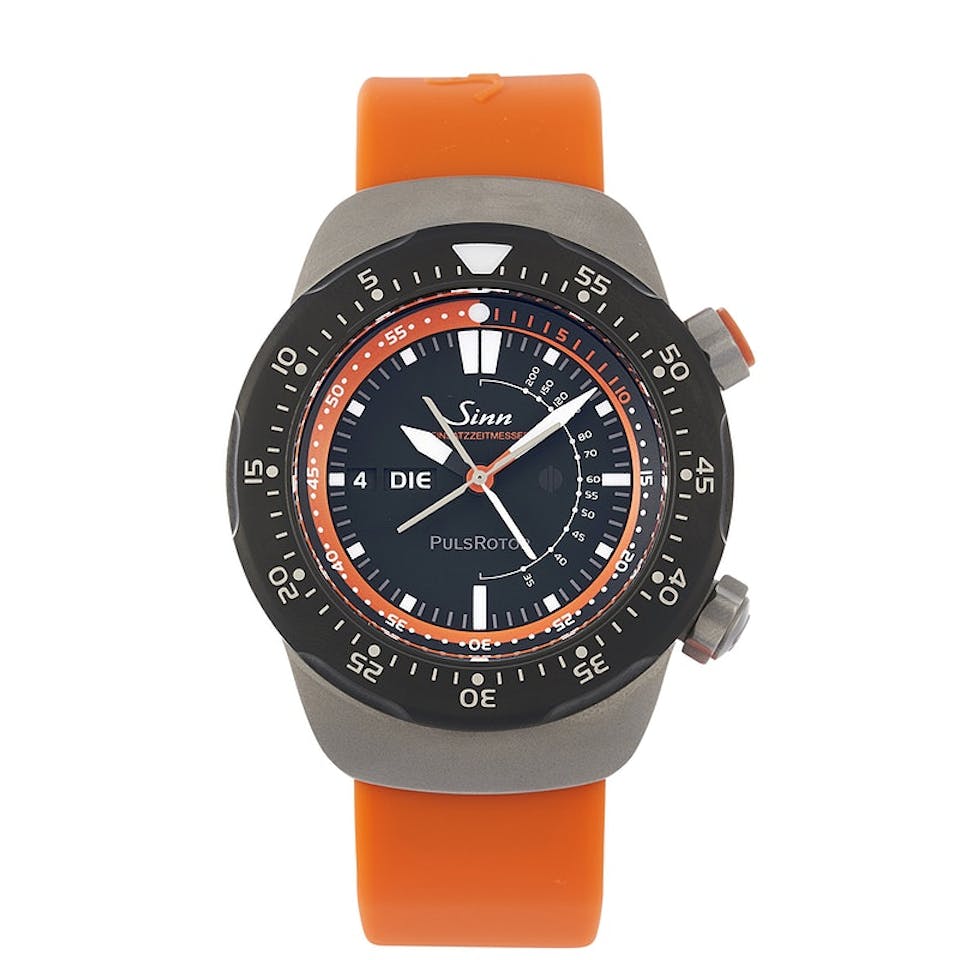 A second version of Sinn, with which you are well equipped for your skiing holiday, is the 857 model series, with the UTC VFR being particularly noteworthy here. Equipped with Viton seals, copper sulfate capsules and protective glass, it is not only very robust, but also prevents moisture from causing the glass to fog up. Additionally, the second time zone is practical if you're planning on going to the other side of the world. And thanks to special oil, even temperatures as low as -45°C are no obstacle for the watch. 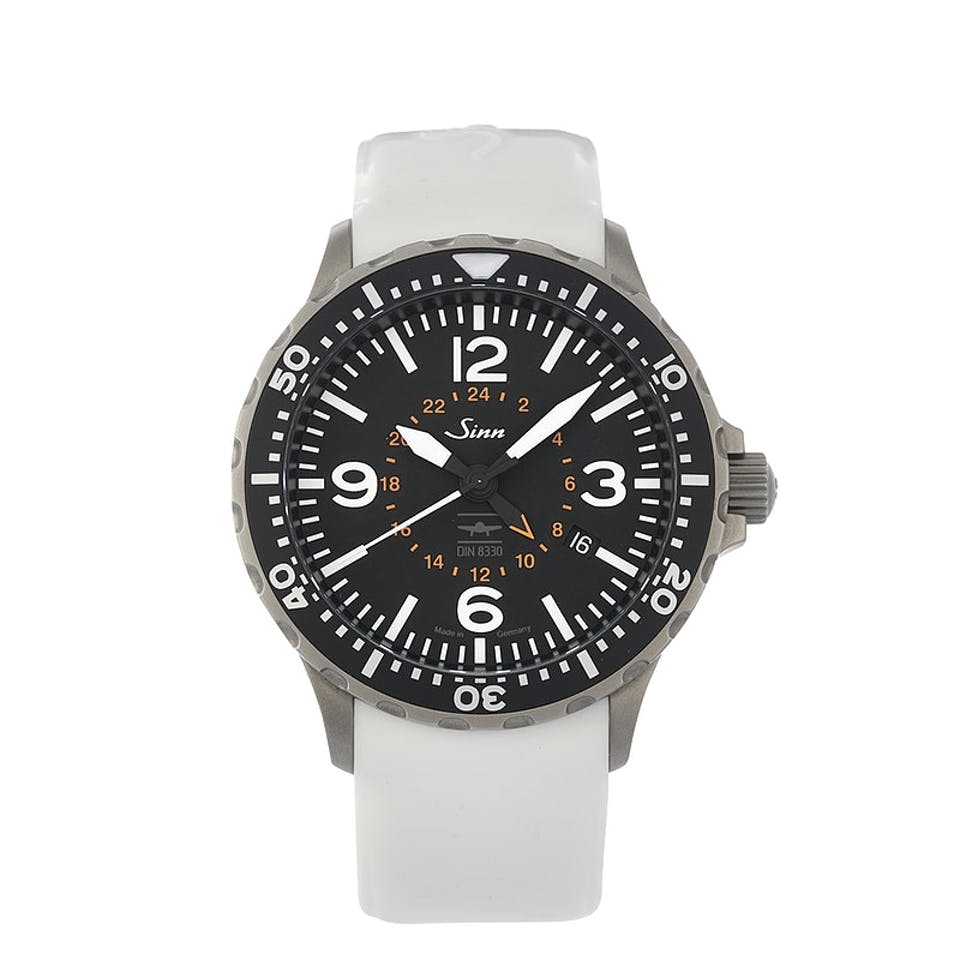 The Speedmaster line from Omega is probably one of the most famous in the entire watchmaking world. Although the sporty chronographs are best known for their connection to racing, their reliability and precision also make them ideal timepieces for the ski slopes. One of the most popular special models is the Mark II, introduced in 1969; its successor, the Mark III, was equipped with an automatic movement for the first time. The new edition of the Mark II from 2014 has a luminous tachymeter, which ensures excellent readability. 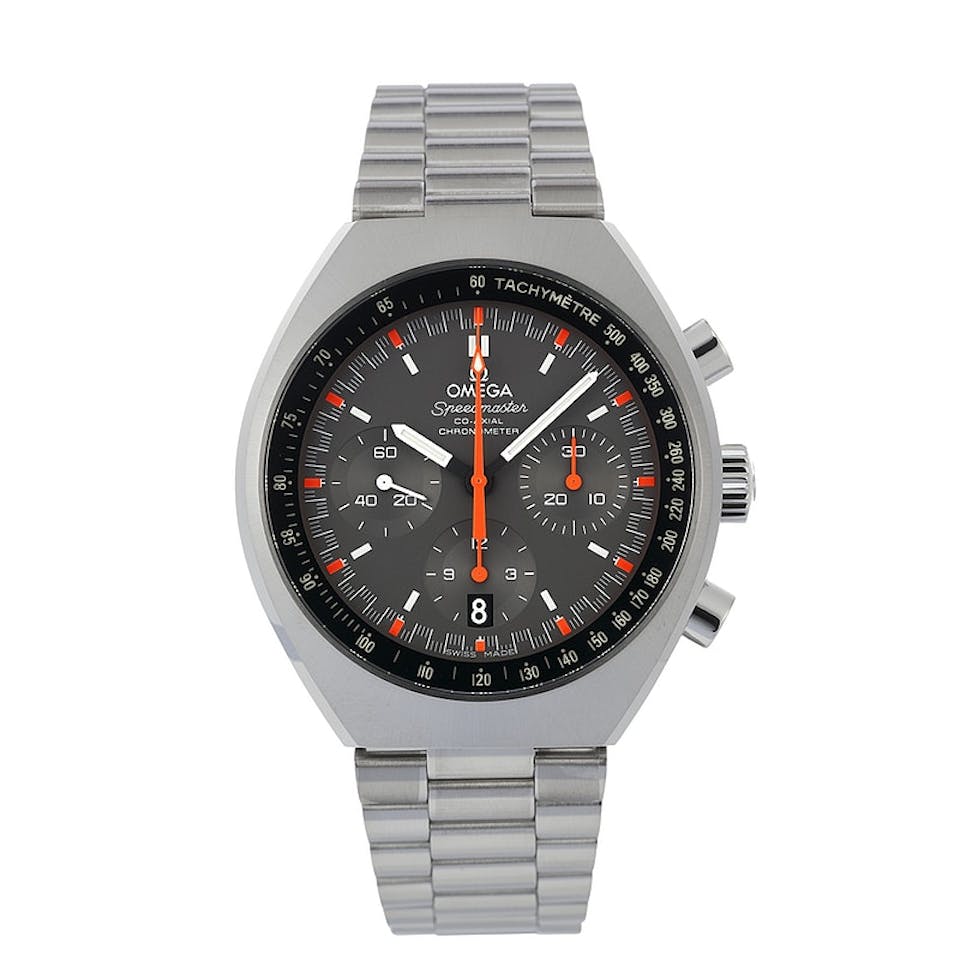